PLEASE NOTE: This post is  NOT meant to be a serious suggestion - just the product of a tired and idle brain mucking around! See my comment below for details.

Mrs D is full-term and about fit to pop with Child, Infant, No. 2, Changing for the use of,  and I've noticed with not a little dismay that not only have I had practically no hobby time in the last month, I've also been neglecting the blogosphere both passively and actively. So here are some thoughts about something whose absence is conspicuous in the 41st Millennium... 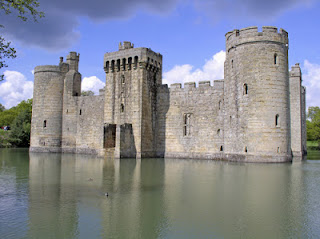 source
I love moats. I love digging them (in sand, naturally!), exploring them, running up-and-down them, seeing them and just being awed by how - well - awesomely effective so simple an idea can be.

Take the slightly ill-fated 'Planetstrike' expansion: one of the things which (as I understand it) added to its lacklustre impact [pun intented] is the ease with which certain assualty or melta-bomby troops could appear next to the walls of the (oddly arranged and isolated) fortifications and simply either cut them open or melt a hole through them. This would be trickier under 12 feet of water (or acid, or slime, or magma...or whatever happens to flow around 40K battlefields). 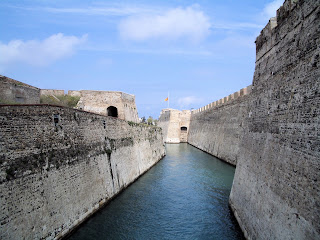 source
Now the real trick is this: even if you place your meltabomb or use your chainfist underwater, in a well-moated fort you'll merely be attacking the rock beneath the fort, and not the supestructue itself. I'm not saying this wouldn't work, but it'd certainly take a lot of time. And you'd get pretty soggy.

'But Drax,' I hear you cry, 'Many fortifications have a dry moat!' And you're right, of course.

But think about how they often work practically: the best one are comically deep and some of them even have my favourite features: caponiers and counterscarp batteries (or counterscarp loopholes), so that once the enemy are in your dry ditch you can absolutely rake them with enfilading and counterscarp fire. I'm not saying this is flawless, but it's a hell of a lot better than just plonking your fort down somewhere flat...


Southsea Castle, which was local to me growing up, is a classic example of this practice. Here it is from the air (the caponier is at the bottom and the counterscarp loopholes may be seen around the inside of the outer ditch wall); the second picture is along one of the countescarp tunnels in the outer wall: 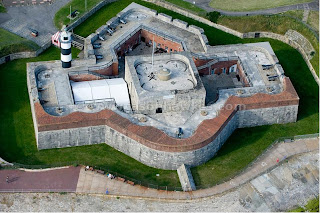 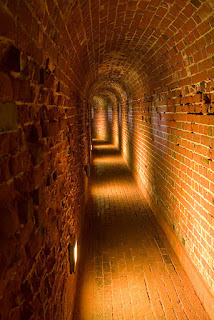 (the blue patches are the daylight through the loopholes. Source.)
Either way, I think if I ever build my own Fortress of Redemption I suspect I may just model it with a moat!