Does exactly what it says on the tin: last month I finished off three early-war transports to accompany my captured Bren-PaK36. 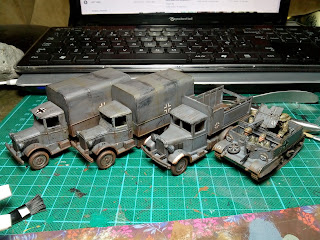 The two Lledo Mack trucks are intended to represent two captured BEF trucks which have been captured and hastily repurposed by the Boche; the open-backed one is supposed to be a requisitioned civvie truck. 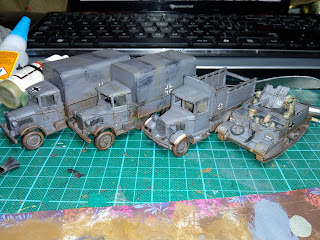 (NB: Here it's seen with the crappy flash)

As they make their way into North-Eastern France, then, my Germans now have the means to actually keep up with their tanks without knackering their horses!