...So in a continuation of yesterday's post, the internet connection is now a little better, so I can actually post some pictures from the first fight.

In case you missed it, I was playing a unique mission against Col. Gravis - 1000pts, infantry only - and he was defending. Gravis's version of the battle report [linked] is more comprehensive than mine, but please find below some more pretty pictures:

Deployment:
This pic of the Praetorians' deployment has a real '2nd Edition' feel to it¬ 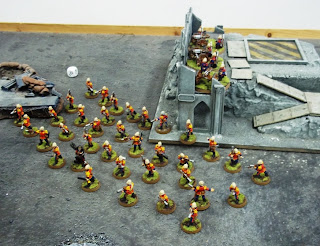 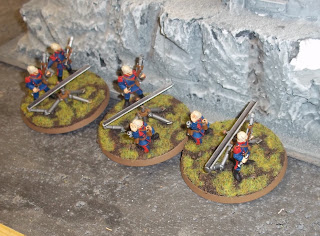 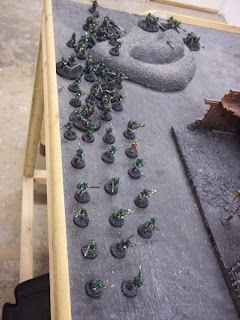 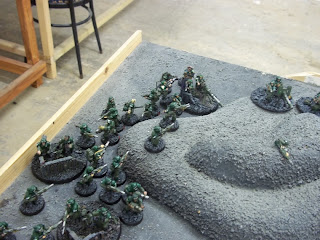 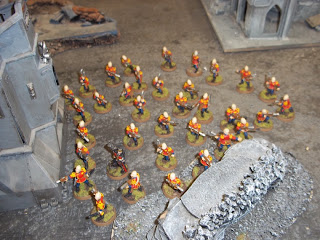 ...and the Cadians move up to meet with them. Cautiously.¬ 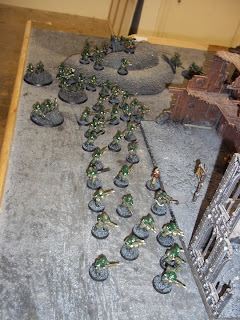 Turns 2 and 3:
SURPRISE! A scenario special rule and a lucky roll of '6' means the Reds sneak on right behind the Greens! Oh no! ¬ 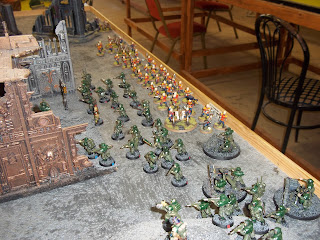 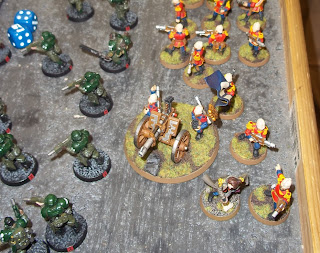 ...and the Cadians fight back, thinning the ranks a little ¬ 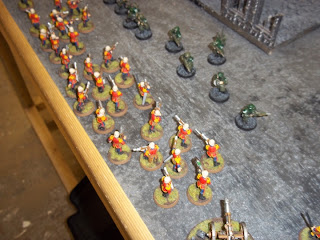 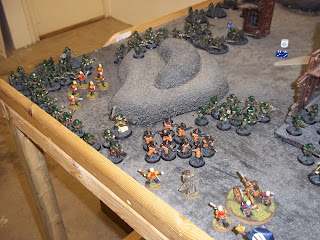 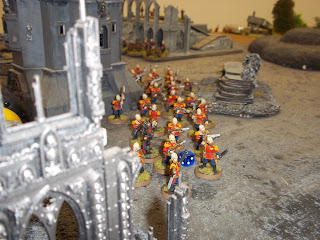 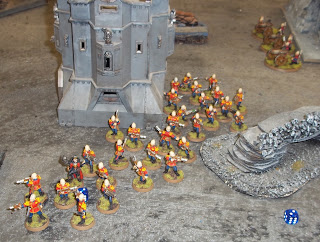 As the Cadian reserves move onto the board, the battle line swings its axis through about ninety degrees and they start - slowly - to hand back the pain ¬ 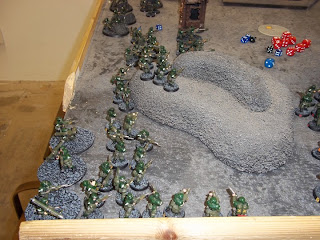 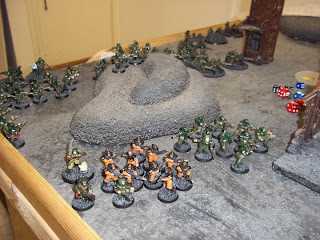 But the fighting continues, and despite their CO falling to the jaws of the Cadians' regimental corgi, the Praetorians just keep on slogging forward under the watchful gaze and level bolt pistol of the Commissariat ¬ 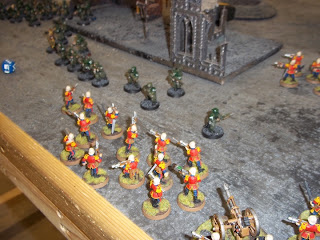 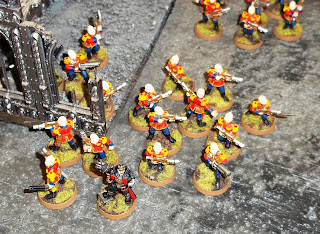 Turns 4 and 5:
Finally, the Cadians' numbers and superior long-range firepower take their toll, and the Praetorians start to fall ¬ 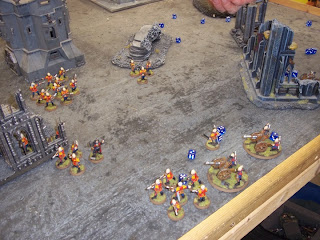 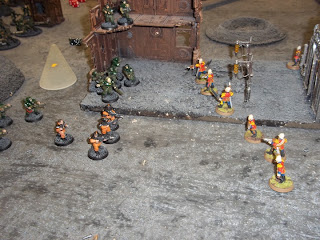 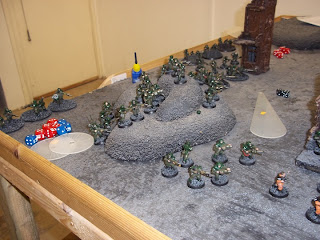 Sadly, the pictures I took of the final assaults and the endgame didn't come out...but we called it at turn 5 and despite Gravis quite literally 'stealing a march' from my Cadians in the outflanking manoeuvre turn 2, the picture was looking fairly grim for those in pith helmets.

To compensate, here's a pic of Gravis's mortars again. They moved up to support the battle line, but sadly only got one lucky shot in all game: 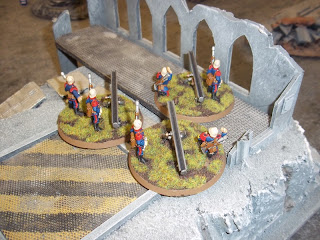 In the next installment (tomorrow maybe?) I'll share the photos of the second game. Until then, please read Gravis's battle report(s), and why not take a glance at this little mission that we played - it really was a good giggle!