444 - Change of Plan...But Here are some Pretty Pictures!

Okay, so I lied. I haven't got any more hobby time yet as (1) my dad's now in hospital and (2) the chance arose to do another week's worth of work marking exams and I need the money. Hobby, therefore, will have to wait.

On the plus side, whilst visiting the Ol' Sea Dog in Portsmouth, my offspring and I took a brief trip to Canoe Lake, where - as ever on a Sunday - the local R/C modellers were out in force...and this year they have a special theme! No prizes for guessing - enjoy the pics:
- Drax.
[back soon]

My temporary second job is now over, so after almost a month away from any active modelling, I'm back.

In this third and final 'State of the Union' post, I'm going to briefly explore my burgeoning interests in systems other than 40K or Flame of War. With luck, I'll be able to keep it brief for once...

This is the most obvious 'new' direction as I've already taken a few tentative steps down the road: 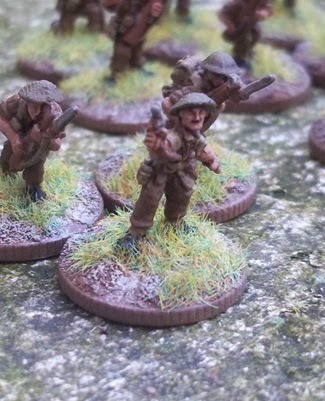 I really loved putting together this core 'reinforced platoon' in 15mm over Christmas [link] but I've not done anything with it since. Annoyingly, just after I'd given my old Battlefront 'Italy' rifle platoon a generic Early War feel (with a view to playing them - slightly unconvincingly - as BEF), Battlefront went and rejuvenated their Italian campaign with some great new releases, so I might have put the models to Flames of War use after all. Sod's Law.

My plan as it stands is to slowly continue building up this 'reinforced platoon' and to get a few games in at some point. I also built and started to paint up a Zvezda Matilda II...mostly because it's a simply beautiful tank to support a BEF force, so that's something in the pipline too.

Because it's the theatre I'm most interested in, and because I have all the support weapons I could hope to need already, I will at some point put together a reinforced platoon for the Overlord/Market Garden operations. One of the great aspects of the Bolt Action system is that you only ever need one of anything more complicated than an infantryman.

I've yet to explore the free pdf giving rules for gaming with armoured platoons in Bolt Action...but then again, I've yet to actually play Bolt Action full stop. Taking of which...

Yeah, this might happen, but then again probably not. The ranges work, of course, but the requirements of accurately painting historical uniforms and equpment etc. at this scale terrifies me! Plus the cost would be prohibitive. No, surely it'd be far better to explore...

Yup. THIS is the most likely next direction.
Vikings, Normans, no fixed uniforms to paint, small-ish and finite armies, fun miniatures, straightforward scenery...what's not to like?

Watch this space, eh? There's no money in the coffers but no rush, either.

Thanks for swinging by! If you've any thoughts about any of these (all of which are played in Plymouth, so within reach), do please let me know: especially SAGA, as I know very little about it, really.

*I'm not wearing a hat - certainly not indoors at any rate - but points for getting the reference.
Posted by Admiral Drax at 23:32 8 comments: 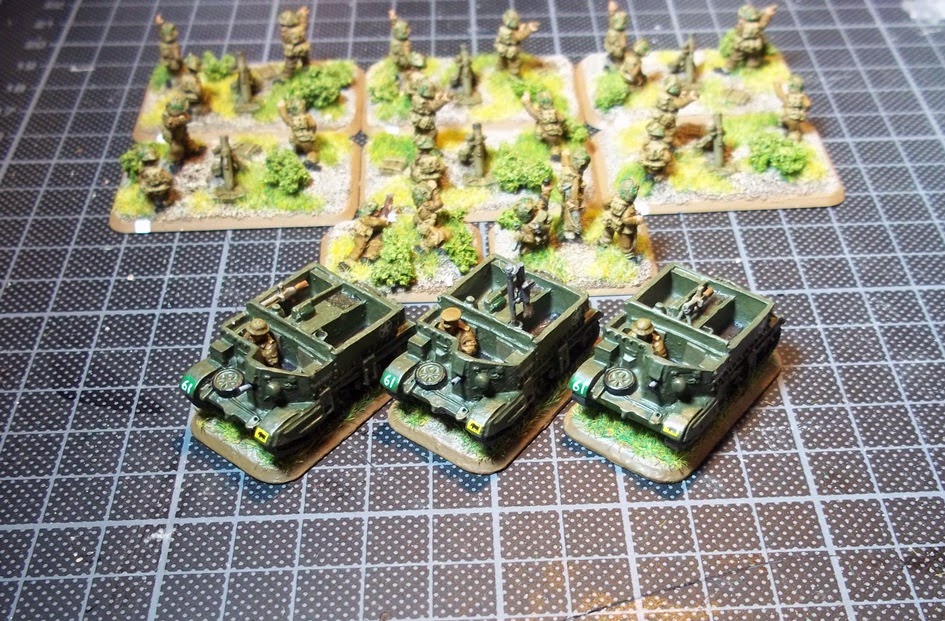 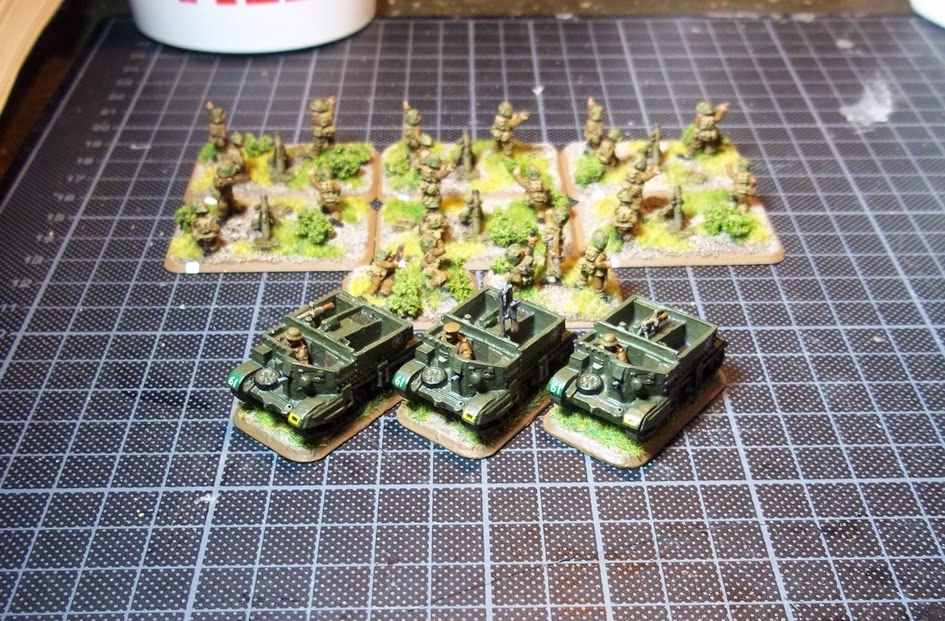 They shall not grow old, as we that are left grow old:
Age shall not weary them, nor the years condemn.
[Edit: this post was meant to go up yesterday - no idea why it didn't. Grrrr.]

If any of my readers are unfamiliar with Exercise Tiger, you may be interested in following the link below. It was a D-Day training disaster which happened just down the road from us here in April '44 and almost 1000 servicemen (mostly American) died in a combination of E-Boat attacks and friendly-fire. It was 'conveniently forgotten' for forty years afterwards. [link]

You can see why they chose Torcross. Here it is today: 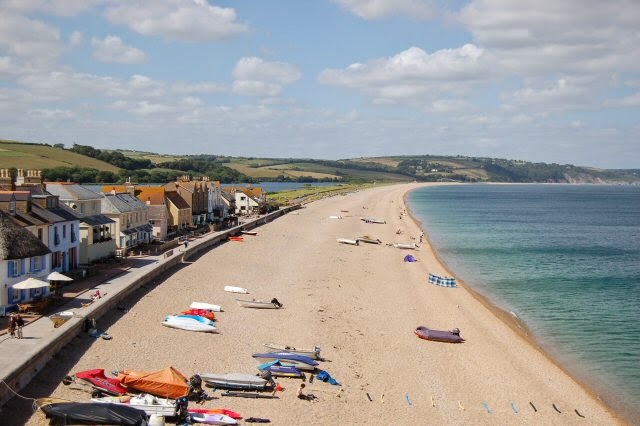 And here, from the air - as you can see, Slapton Sands is a shingle/sand mix about two miles wide... it's also only about 60 miles from Normandy. 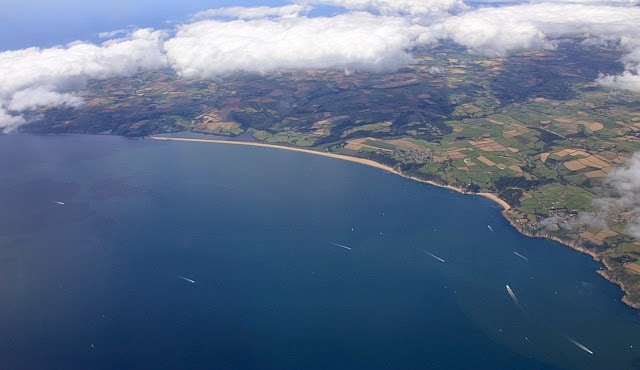 I'm actually from Portsmouth - I have fond and powerful memories of the '94  events marking the 50th Anniversary of D-Day (my brother, for example, waited on the top table, so he got to serve The Queen and Clinton, amongst others). It's in my blood, and as such I've felt really isolated from the apparently excellent commemoration events that have been happening down there over the last couple of days.

Apparently a couple of planes with invasion stripes flew over the school yesterday, but I was teaching, alas, and missed them. 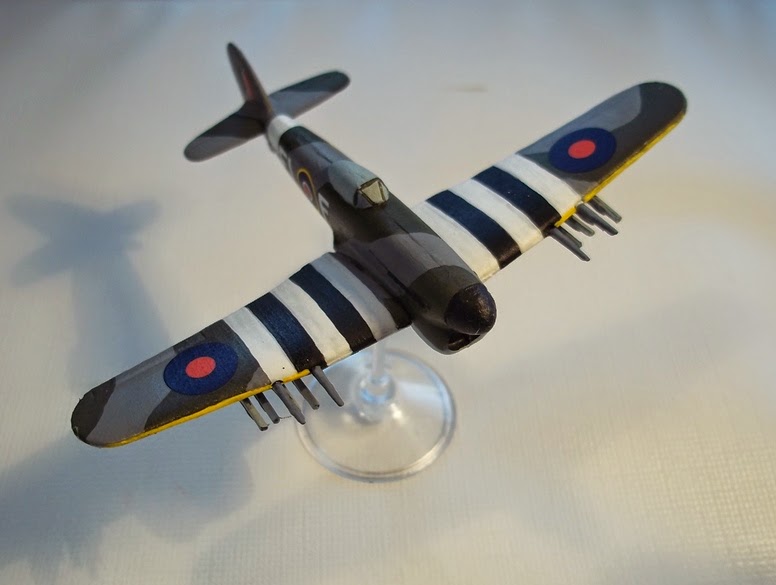 The anticipated schedule will briefly resume after this weekend...but then I'm back to grading papers for the next fortnight. 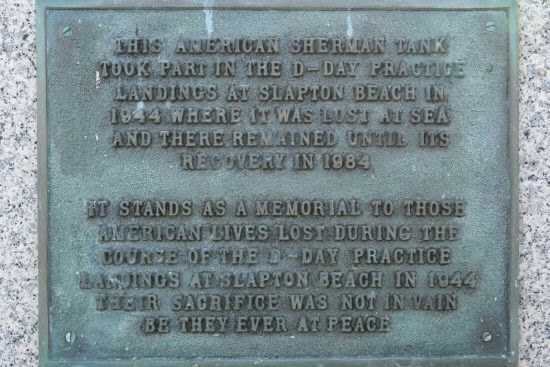