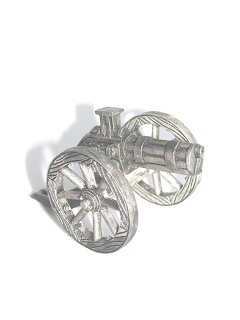 
Well now, I do quite like the ‘insights’ that these silly things provide, and besides, although for once I’ve got a stack of hobby stuff to post I can’t actually face any of it tonight. So here goes. Caught this from Colonel Scipio at Palladian Guard, by the way…

Favourite Wargaming Period, and Why?
Grimdark, though really that’s only through a lack of anything else. I suspect I may love Flames when I get to play it more…

Next Period, money no object?
I don’t know, actually. I’ve seen some tasty looking Viking miniatures over at Wargaming Girl, and I’m into the Viking/Saxon/Norman era, but I’ve no idea what any rules are like. Plus I hate painting skin…

Favourite five films?
Zulu
Starship Troopers
Blues Brothers
Brannagh’s Henry V
A Matter of Life and Death [if you’ve not seen this, do so!]

Favourite Sport and Team?
Meh. I play sometimes for my staff football team (soccer) – so, er, ‘us’ I suppose.

If you had a one-use-only time machine, when and where would you go?
To the birth of my first daughter. And this time I’d be less petrified and not give a flying fig about anything but her and her mum.

Fantasy relationship and why? 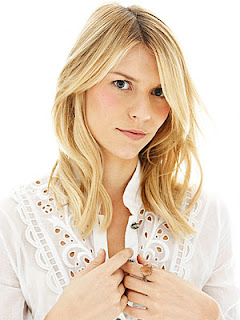 The lovely Claire Danes; not least in Romeo + Juliet (it's allowed - we're the same age and I had a huge crush when this film came out. Can I use this one with the Time Machine? Then again, maybe not: I'd just be awkward and teenagey).
If your life were a movie, who would play you?
Stephen Fry. Sadly more for his looks than for his intellect. 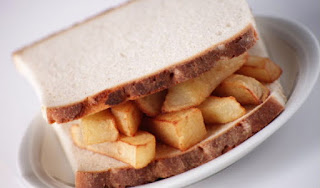 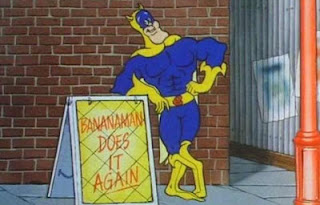 Favourite military quote?
Pierre Bosquet at the Charge of the Light Brigade: C’est magnifique, mais ce n’est pas la guerre: c'est de la folie ("It is magnificent, but it is not war: it is madness").

Biggest Wargaming regret?
Giving away all of my huge early nineties collection of 40K and Epic. 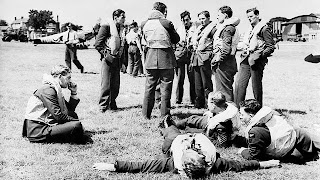 Favourite Wargaming moment?
Phew! Er, probably back in fourth edition when a lone plasma gunner destroyed an awful lot of my friend’s marines. Either that, or seeing a flight of 10 valkyries depositing my light infantry in a 5’x3’ drop zone at Zzzzzzz’s house. Simply stunning!

The Miserable Git Question: what upsets you?
Senses of scale in wargaming (especially in 40K), codex creep and never having enough time to play all-infantry Guard.

Cheers for reading, and feel free to spread this…

I thought I'd give my old Marbo conversion a new airing: 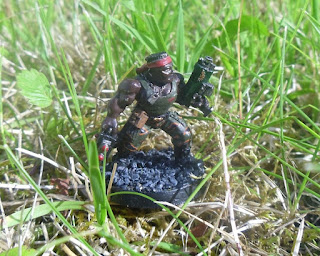 This is mostly in response to Malkavschilde's recent post about the effects on ol' Sly of the 6th Edition rules(which I've still yet to play!) - and a very good post it is too. I always tend to field Marbo, even though he's not very Cadian, simply because I enjoy the often-suicidal chaos and fun he brings to what can otherwise be predictable games with a mostly shooty Guard army. 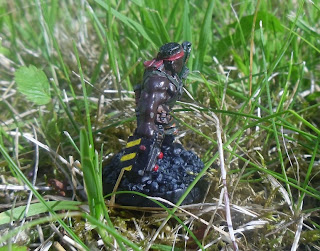 The model is quite evidently chipped now, as he was painted during my I'm-fed-up-with-varnish-failing-and-I-can't-afford-a-can-of-matte-spray phase, so I'll probably give him a quick touch-up then varnish him properly (now I have a can of matte) over the remaining summer. 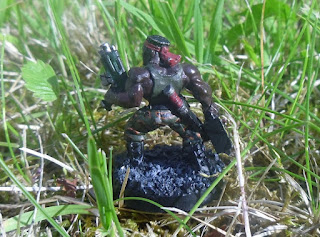 It's just the old Catachan lascannon loader model with a converted pistol (I do like the converted pistol) and the power cell painted with hazard stripes...which Mrs. Drax accurately asserted to be one of the ghost traps from 'Ghostbusters'. 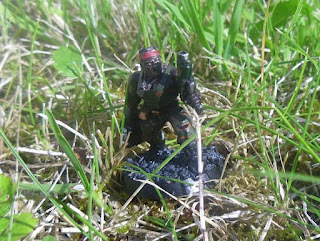 Well , the title says it all.

[image stolen from here.]
Thank you so very very much, everyone - readers new and old!

I'm delighted to announce the completion of my first Flames platoon. In this case, I'm putting together a force to represent the infantry of 11th Armoured Division as they fought their way up through Normandy and the Low Countries during Operation MARKET GARDEN.

If you're unfamiliar with the oddness that is the Honourable Artillery Company, look them up. They're the oldest surviving regiment of the British Army, with records back to 1087(!) and a charter from 1537. Now they survive as a Territorial (reservist) unit.


Anyways - here they are. As usual, apologies for the quality of the pics, and no points for noticing that I've absentmindedly painted their rifles wrong: I've painted a metal barrel all the way along the top, whereas in actual fact they have a fully wooden stock. Oh well - I won't tell them if you dont! 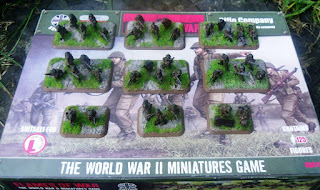 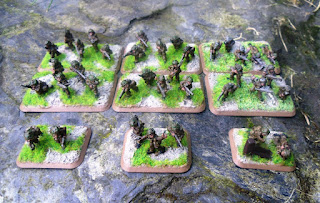 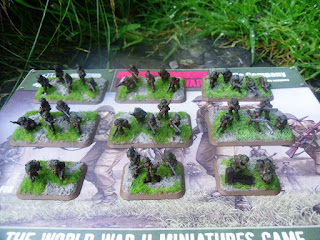 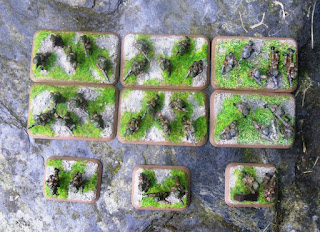 PS: You may notice some spray varnish frosting damage on the test bases (top-right). Luckily my patented cure for frosting took away most of the damage. Phew! Mind you, I forgot the to fix the grass!
Posted by Admiral Drax at 09:00 8 comments:

326 Summer Projects 1 - Anyone Recognise This Model?

Sorry for the recent radio silence but somewhat uncharacteristically for me I've actually been getting some modelling done (albeit mostly Flames of War focussed).

Now...does anyone recognise this component: 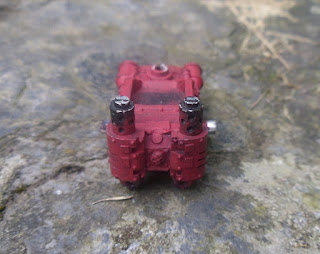 Yuo, that's right. As a bit of a 40K 'treat' for myself (after some recent directionlessness) I've decided to paint up a squadron of old 2nd Edition sentinels in Praetorian colours. Here's the start of the process: 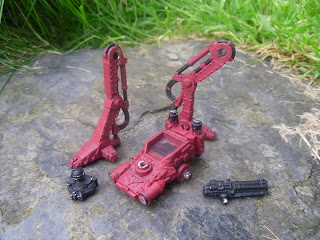 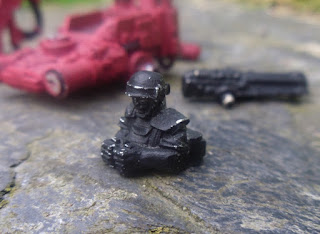 Now all I've got to do is Praetorianise the pilot...

Hope you're all well; more updates soon. Flames of War stuff, I think.