It's a while since I plugged a blog, but please please check out Atoom's Brushes and Dolls for some awesome conversion work - expecially IG, but also WFB, including some great steam punk undead!

Here are a few of his inspired objective markers, found here and here. Yes, that's a Guardsman reading his Uplifting Primer!: 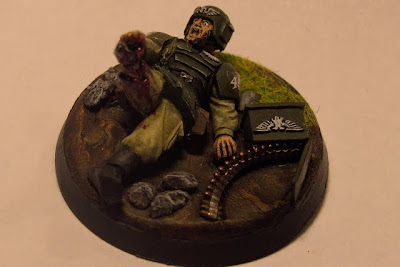 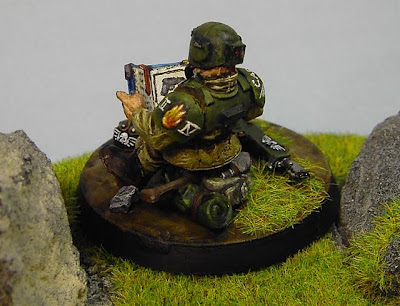 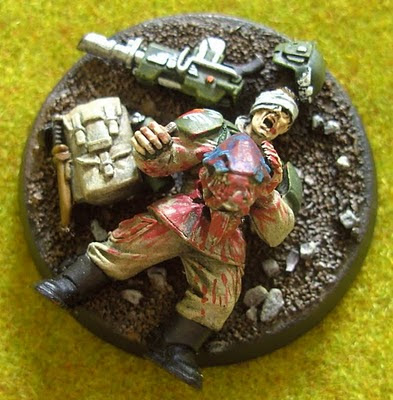 And here's a lovely shot of his motor pool: 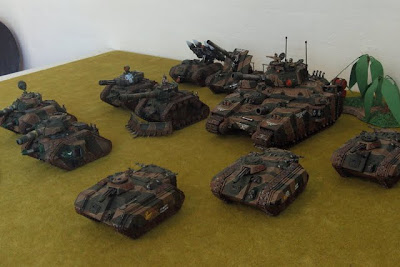 Please go and check out his stuff - I implore you!

Continuing my Easter holiday painting efforts, I ploughed through the last of my special weapons guardsmen for my redesigned light company. Just the second lot of autocannon to paint now then the company's finished. Again.

I thought I'd include a couple of close-ups, as I was very happy with how the faces turned out on these chaps (and yes, I know there are mold lines. I've hundreds of the buggers, and I'm not going for any painting prizes!): 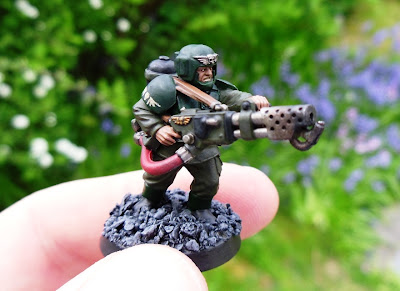 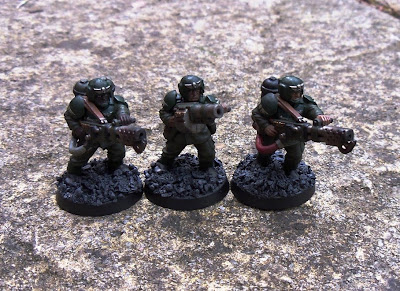 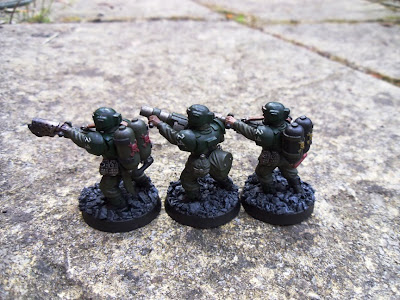 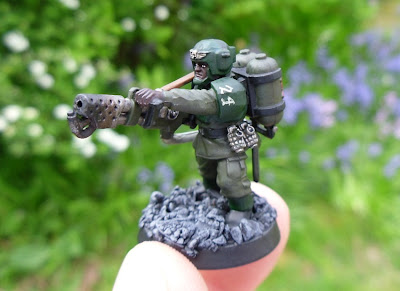 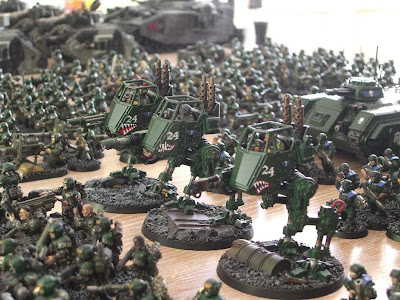 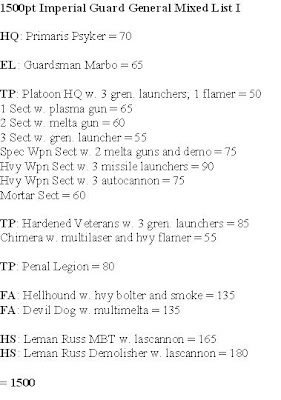 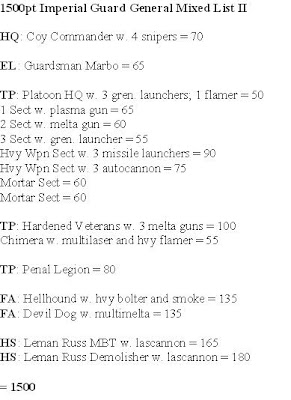 I'm still on break from school, so I've been getting a bit more painting done, and as I've recently been trying out a bare-bones commander with four veteran snipers (70pts of order-wielding BS4 fire support!) I thought I ought to paint some more sniper models.

The models are okay but boring, so - out of sheer boody-mindedness if nothing else - I painted them each exactly the same apart from slightly different skin tones. Rather than the temperate DPM camo cloaks my normal snipers wear (as do my veterans) I thought I'd bash out some basic 'urban' colours instead. I guess maybe the OC told these guys what to pack for...!

The following stage-by-stage was taken with a flash at night, but in case you're interested, the order (on a Chaos Black basecoat) is a very simple Astronomican Grey --> Codex Grey --> Midnight Blue. As it happened, the light grey and blue effect this produced was significantly dulled once washed down with good ol' Devlan Mud, so it fits in a lot better with the other camo I already have. 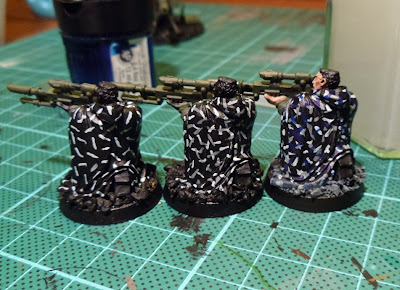 And it was just as ruddy time consuming!

[Apologies to the Inner Geek for the delay on his orgryn, but I've suddenly got a deadline to work to...]

For some superbly well painted mortars (including a 2nd Edition team) check out Rasmus's awesome work here. In the meantime, with very little effort and a rather slap-dash approach, I've finished 3 Platoon's mortar squad. Here they are - pics taken in weird light: 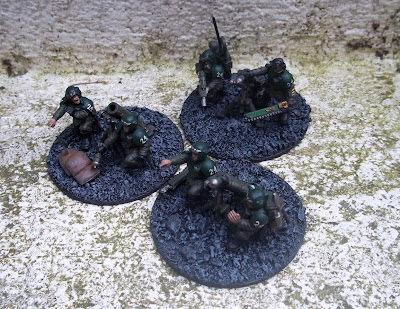 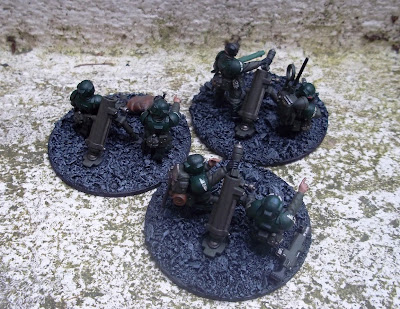 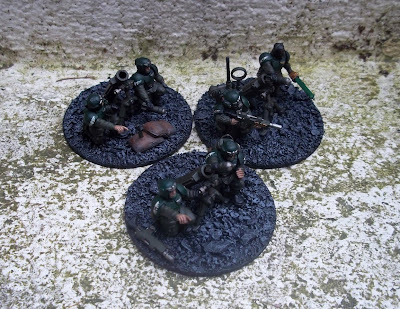 You may notice that one of them is missing a hand. I hate the Cadian arm/hand situation and I'm too old to care much, so for now he has a wooden stump, but I may yet fashion him a little hook.

Let me see now...where are we?

Oh yes. A bit of rejigging of platoon and HQ organisation has required me to (a) put together/find/paint some new bits and bobs, and (b) a re-worked painting chart to help me track the changes: 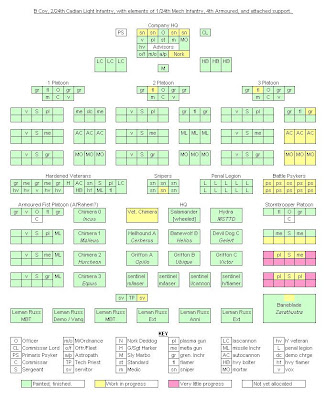 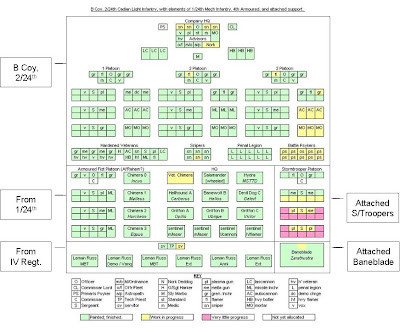 Hope you're all well,