Yup: I'm done - and honestly I'm pretty happy with it! 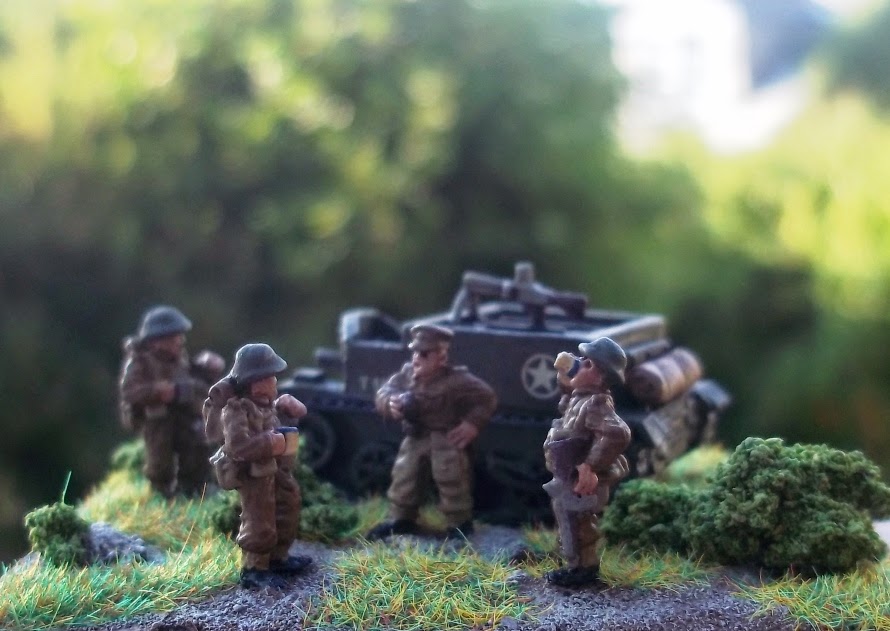 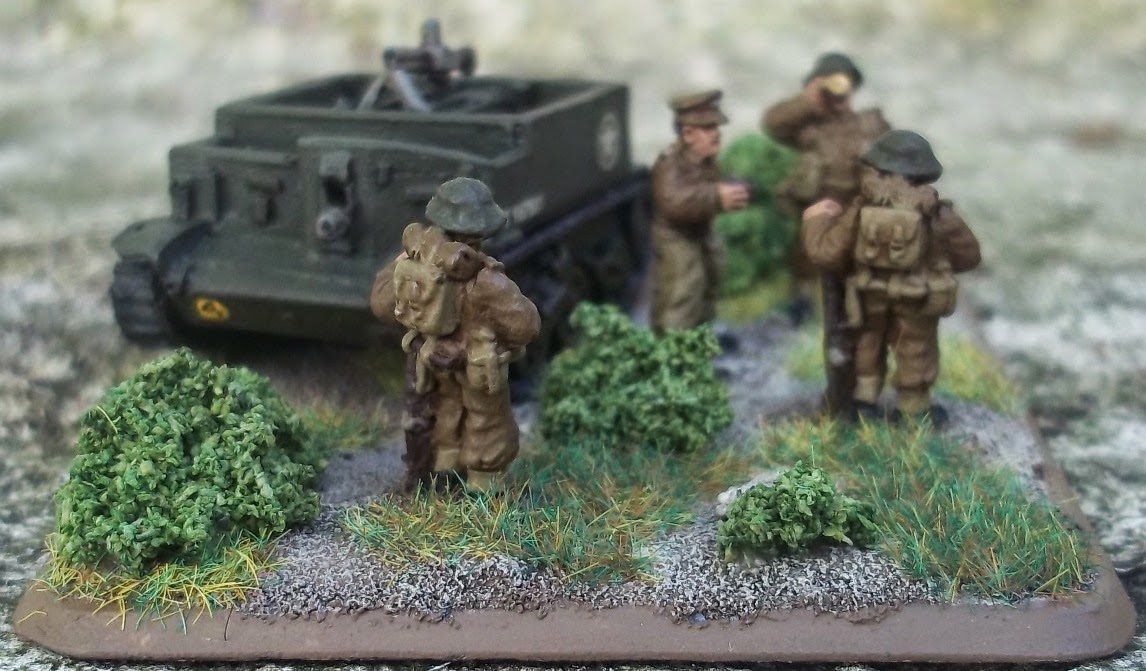 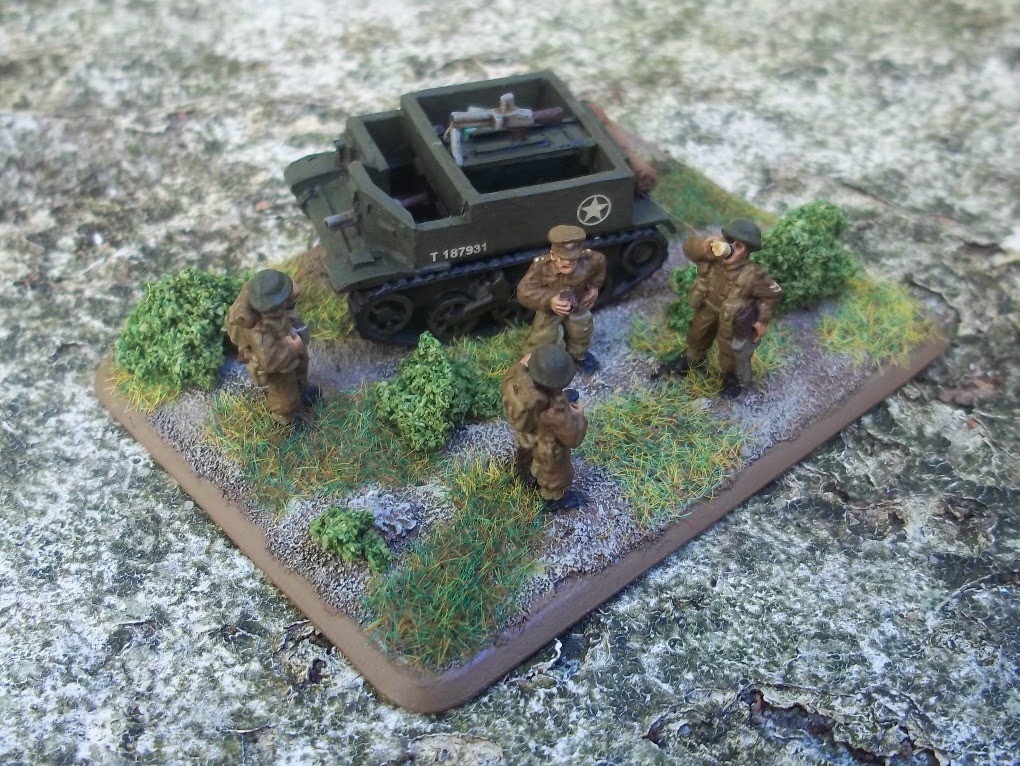 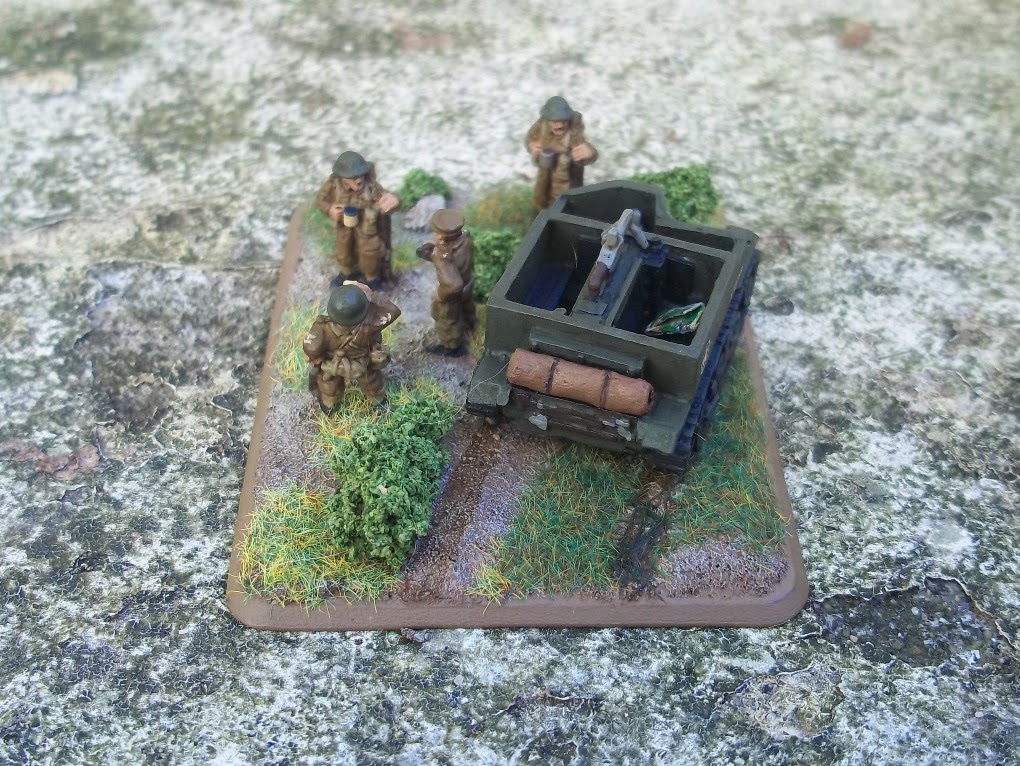 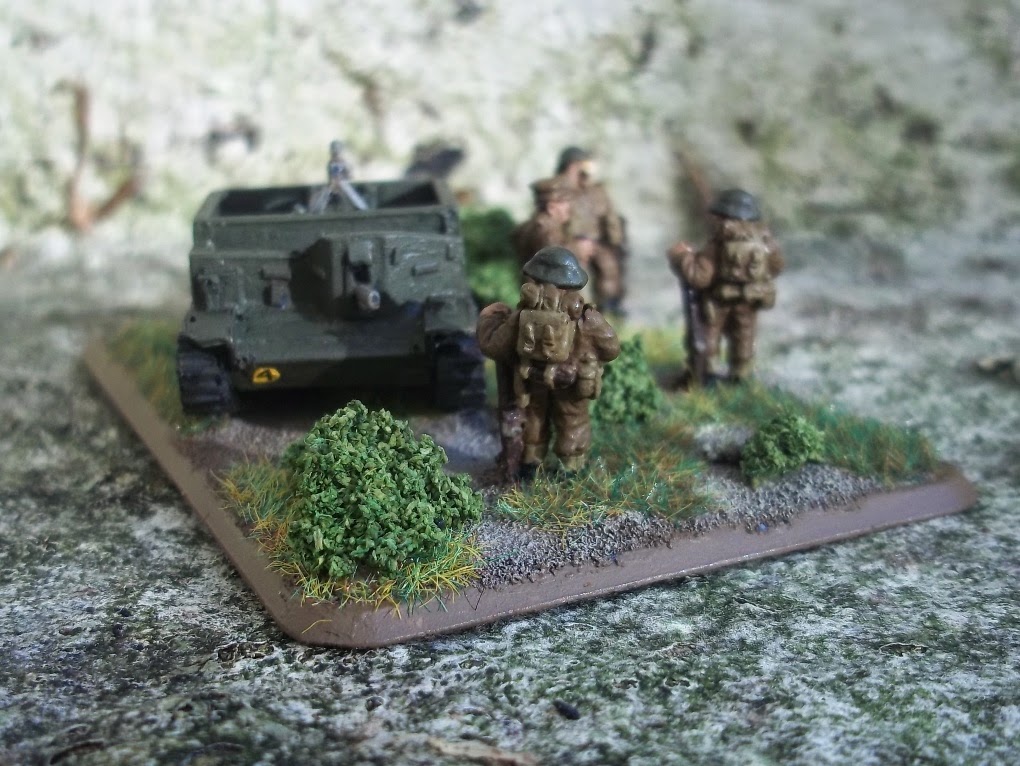 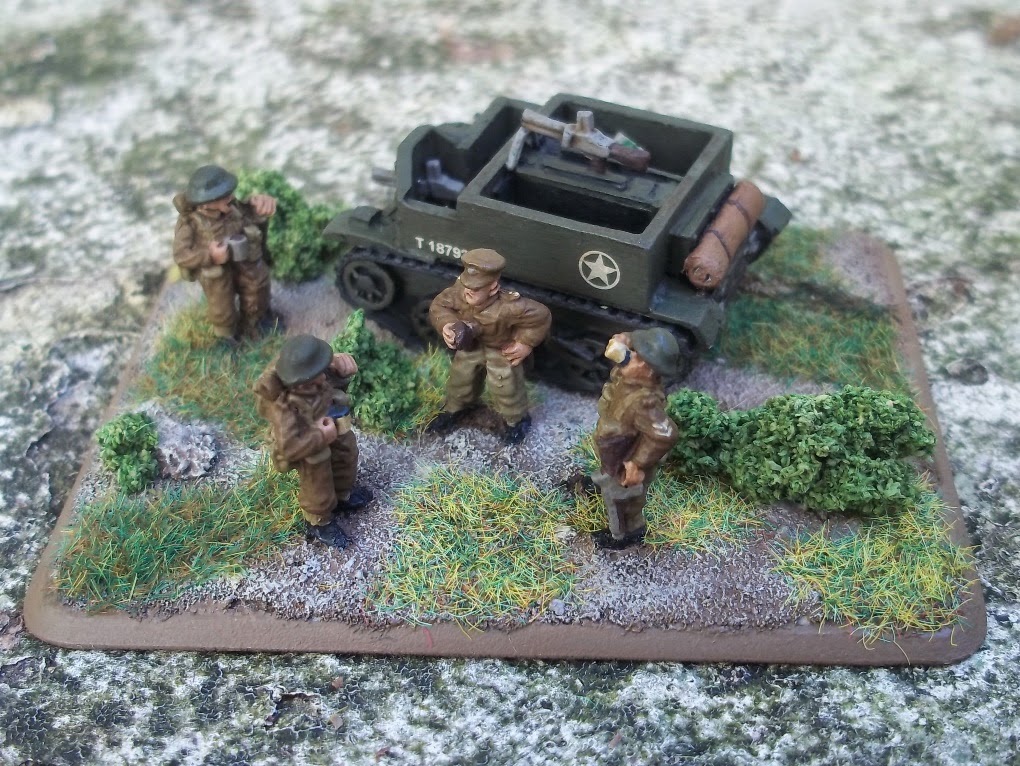 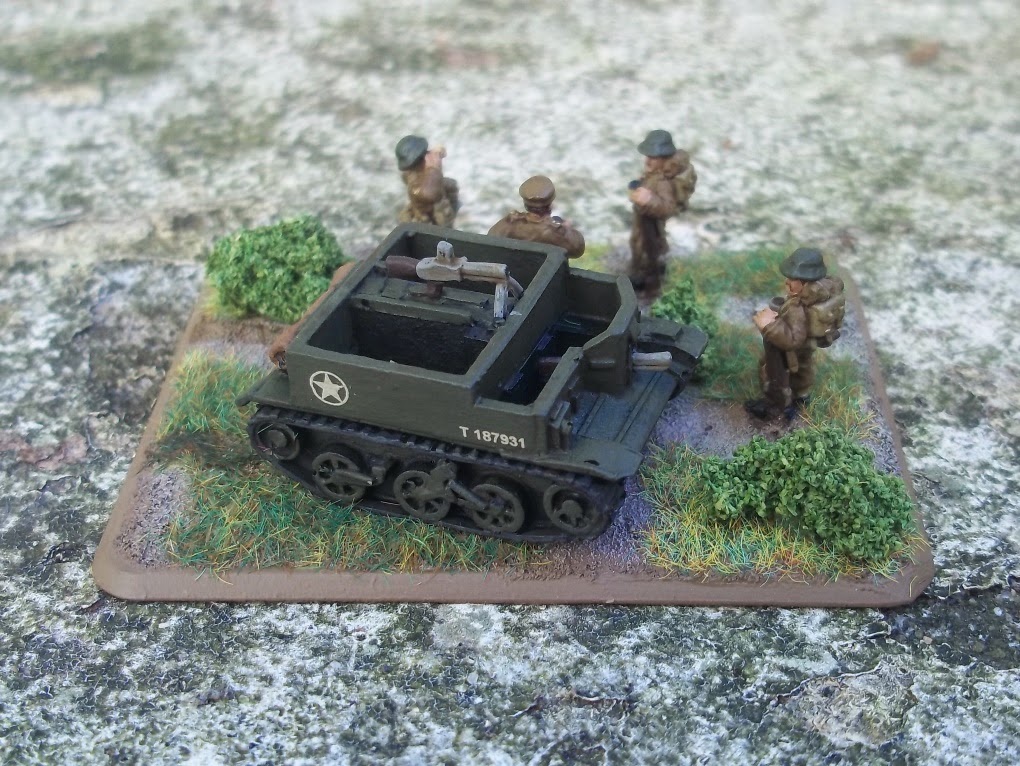 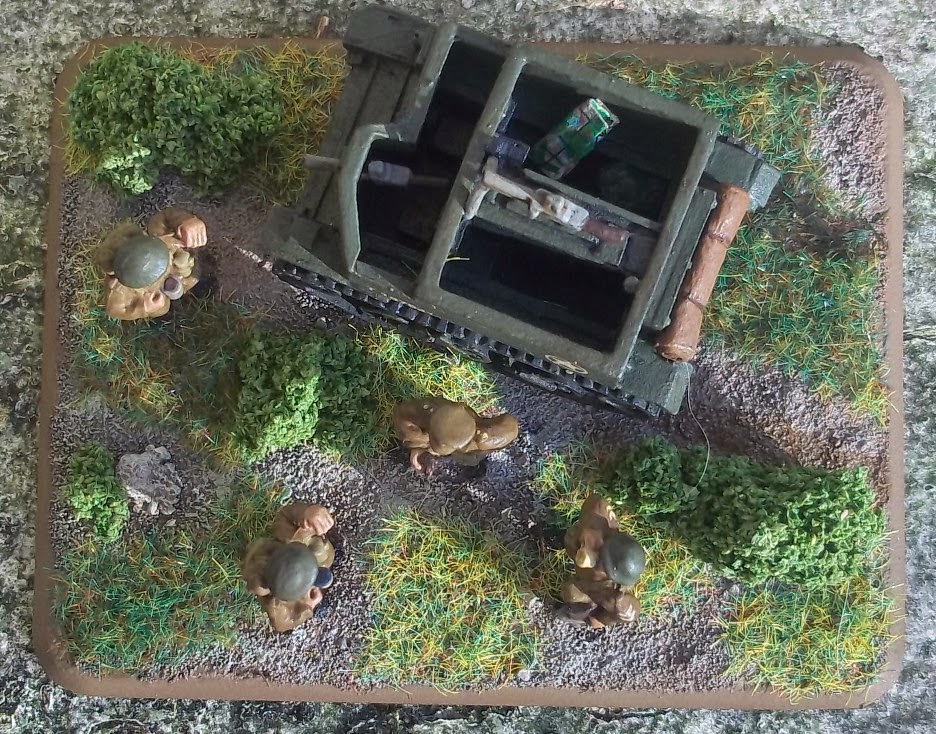 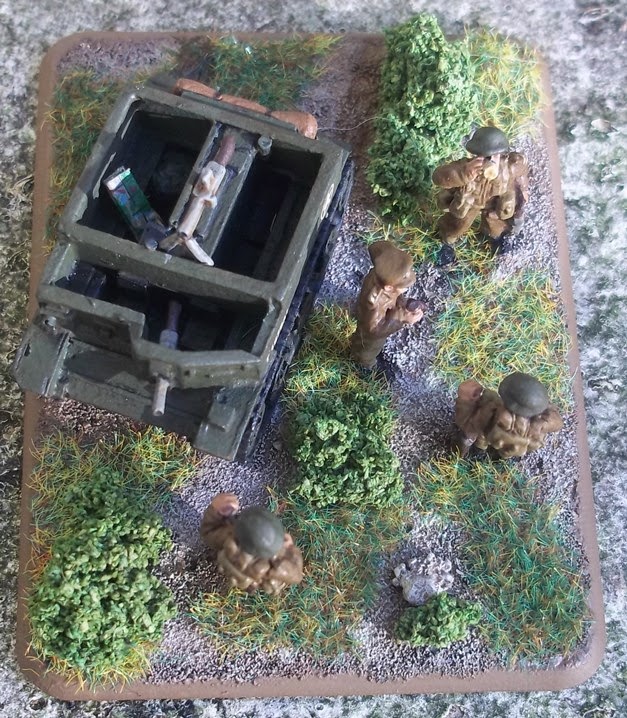 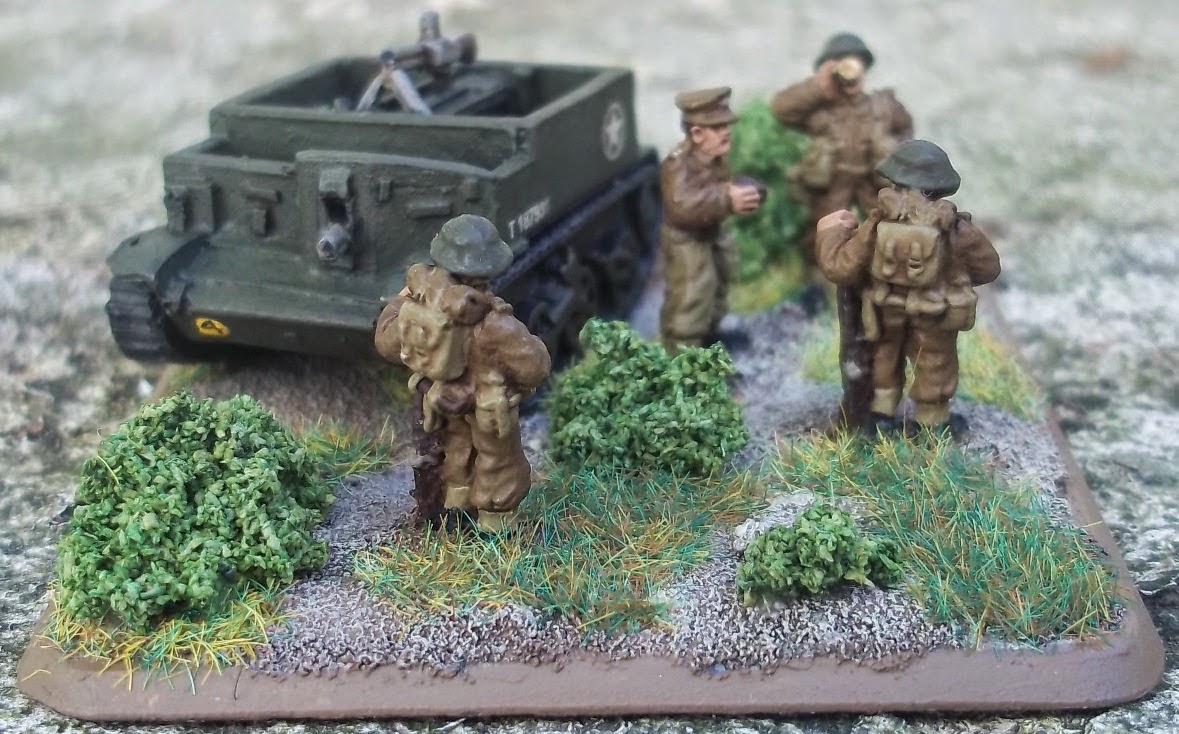 You'll note I've kept the Carrier free from unit markings - this is in the spirit of keeping it for general use.

Things I'm proud of include the following:
So there we go. A rather fun project...ticked off!

As a reward for all my work in my second job as an examiner this year: I bought myself a brace of Bofors, and (as the weather's actually dry enough to spray paint for once) I figured I'd quickly throw them together last night: 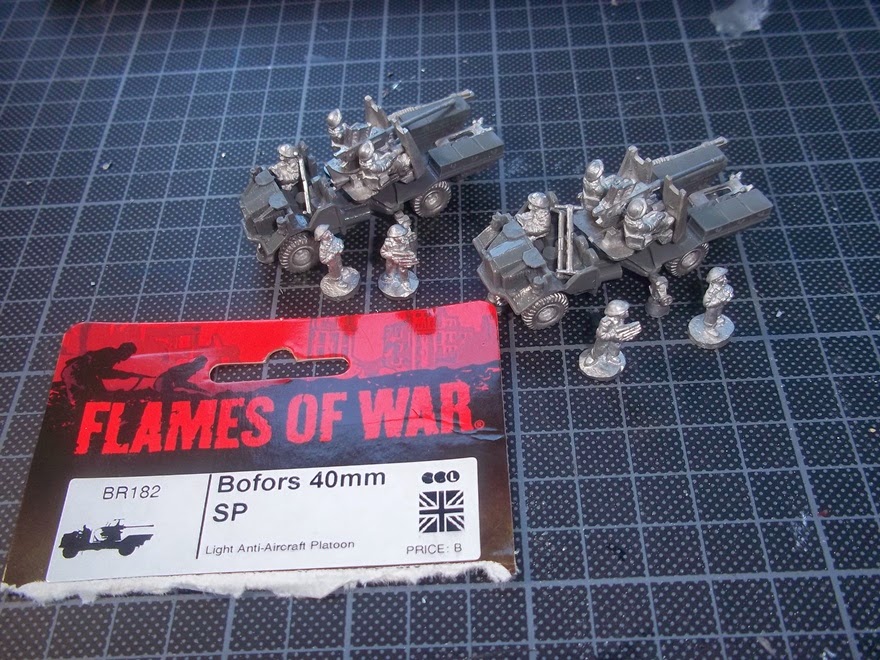 No. These little buggers are a fiddly pain. Still, I've done them now, and it just remains to paint them up - which, frankly, is unlikey to take too long as they're almost comically dull and simple: just the way I like it! Naturally, the barrels and sights are not attached yet, hence the droopy angles.

I've been wondering about whether or not to base them (with their gun commanders and No. 4 crewmen) but I figure they're a little more positionable without a large base, so I'll just wait until the peripheral bits start falling off them, I think, then it'll give them a litttle more longevity.

Other projects are not forgotten, and Hey! I'm off to see Zzzzzz this weekend! *smiles* 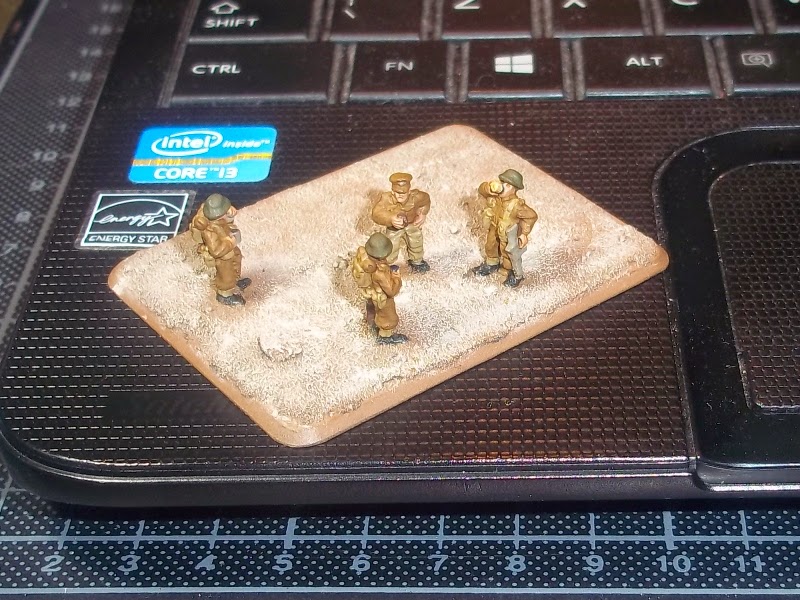 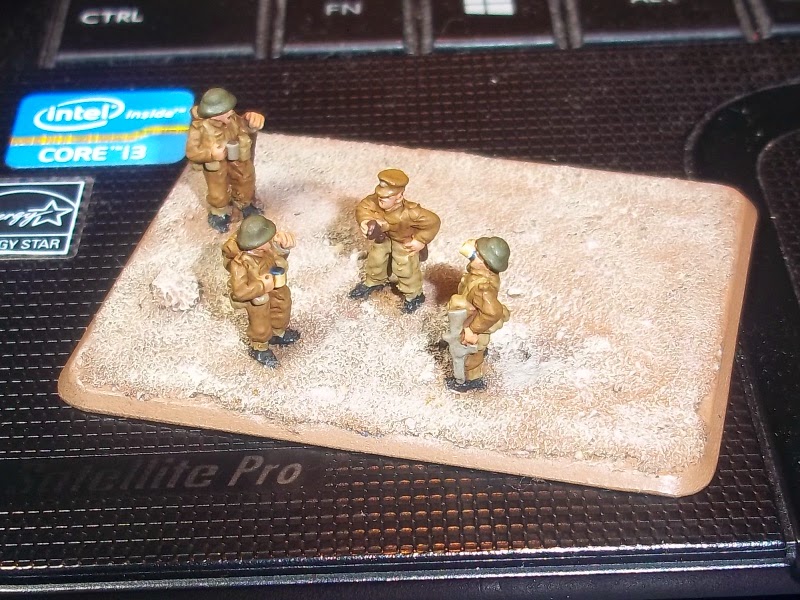 After a week in Amterdam with work, it's back now to bombing to-and-from Portsmouth to help take care of my dad, but hopefully the hobby should be BACK ON for a few eveings at least this week.

In the meantime, I saw these really characterful barracks huts on a well-known online auction site (UK; six days left). They're exactly the kind of narrative scenery I love, and I thought (a) I wonder if anyone might be interested in these, because they're great, and (b) I wonder if anyone knows who manufactures them...
If you ARE interested, they're currently standing at 99p + £4 p&p - seems like a bargain to me, but I'm cutting down on my 28mm stuff and besides, accumulating scenery seems a waste for me as I've not played a game of 40k in my house for five years now.

This should be the link: [here] - if not, the description is as follows: "6x Barracks Army/PoW Camp Hut - terrain scenery – Bolt Action 28mm WH 40k".

PS: Are these Nissen Huts?
Posted by Admiral Drax at 00:10 6 comments:

Email ThisBlogThis!Share to TwitterShare to FacebookShare to Pinterest
Labels: scenery

First time in a month.