The good folks at T&L Terrain [link here] have been so kind as to send me a package of their resin goodies to review, and though time and photographically useful daylight have conspired against me for the last few weeks, I've finally got the opportunity to post up my first impressions.

In Part 1 I'll take you through the models themselves and my thoughts on the casts.

Before I start, though, I ought to point out that I rather like the idea of what these guys are doing: they're trying to offer what they describe as gaming 'scenics' for "pocket money prices" - their words - and straight off the bat this to me is a hugely tempting prospect. At the moment they're trading mainly via facebook and ebay, and I must say, their communication with me has been personable and prompt!

Let me talk you through the sample pack they sent me and then I'll explore each pack's scuplts. The package was incredibly swift to arrive: it got to the back end of nowhere in Devon the next day! FULL POINTS for postage. 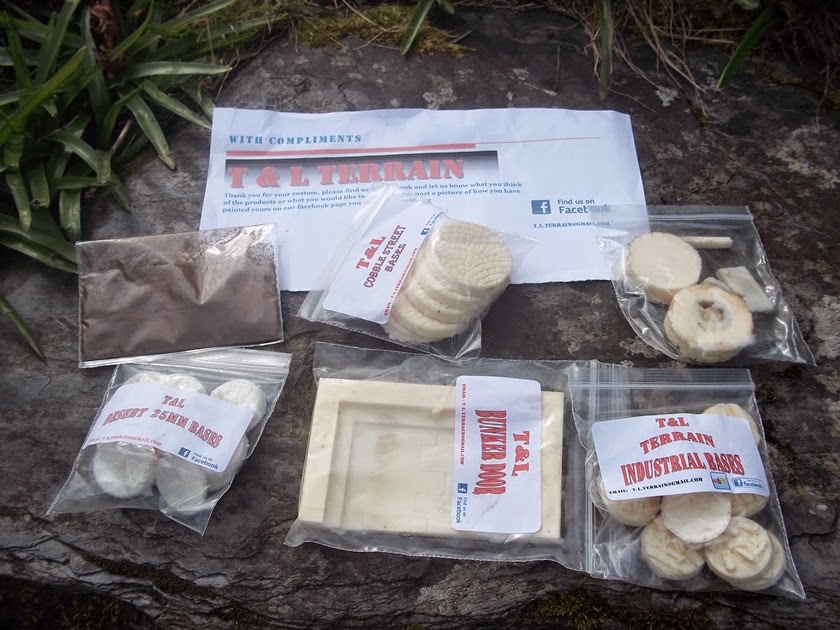 Included in the parcel from T&L (clockwise from top-centre):

NB: All of these 'baggies' will - in this post - be reviewed just as they were unpacked: any clean-up will happen later, trust me!

These really are delightful. They're beveled after the GW 40K style of bases (in terms of angle, depth, texture etc.) but stylistically probably more suited to basing more 'real-world' miniatures...and the detail of the cobbles is wonderful in its European timelessness. I can imagine these being absolutely perfect for Malifaux or anything with historical or pseudo-historical setting.
The Good:
The detail is lovely and not too uniform - although they are all identically sculpted, the scalloped pattern of the cobbles means that this works extremely well together.
The Bad:
One of the bases (the centre one, above) has a few tiny bubbles in the cobbles (like, 0.5mm), which is a shame but easily remedied; the only other thing I might have liked would be same deliberately missing, damaged or loose cobbles, as these would be brilliant for - say - the fall of Berlin.
The Price:
£5 for a pack of five. 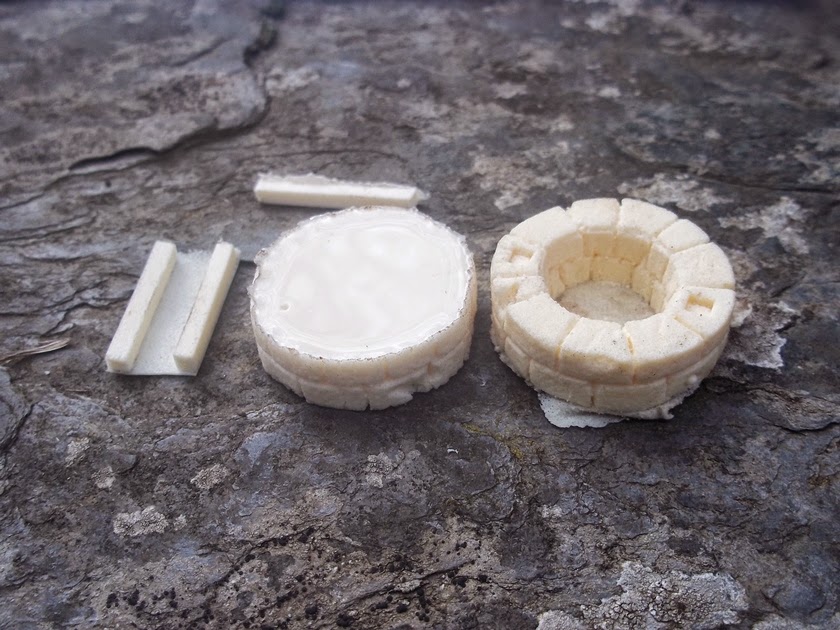 This is another great idea for a pretty damned timeless bit of battlefield scenery, and I simply cannot look at it without thinking of the opening of '300'. The well is in two halves and includes a trio of beams to surmount it.
The Good:
Pretty much everything, actually: the detail is crisp and the damaged stone edge (near the left-hand post-hole, above) is a great little detail.
The Bad:
Struggling here. It's just smashing to look at - we'll see how it goes together in the next post...
The Price:
An absolute STEAL, I reckon, at just £3! 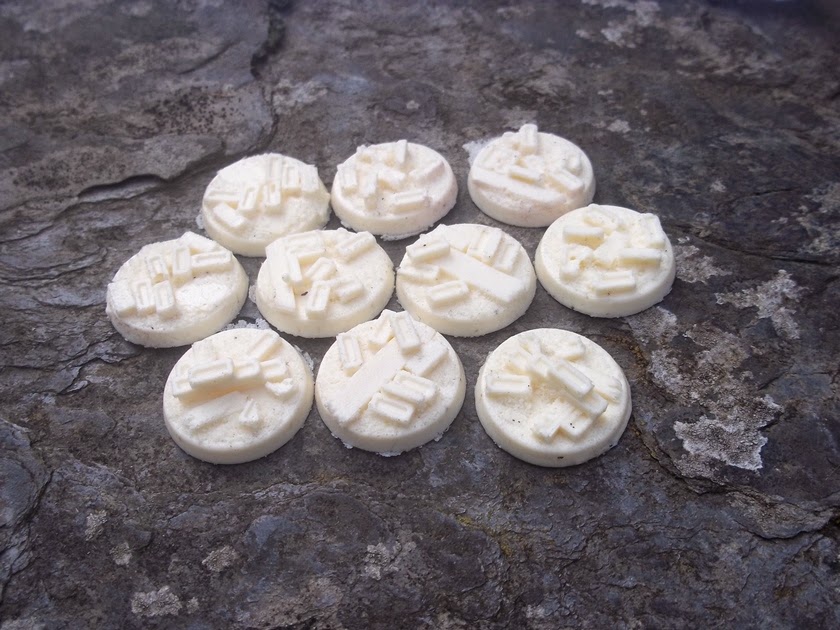 These really impressed me. Again, the detail is crisp and clear, and there's a good bit of variety here too. As before, they're GW-like in style, but be aware that 'industrial' is more 'late-Victorian factory or slum' than 41st century 'Manufactorum'.
The Good:
Again, pretty much everything. These are very good-looking bases, and I particularly like the height dynamic of the clumps of brickwork clinging together.
The Bad:
If I had to find something, one could argue that the bricks are maybe a little on the large side...but I rather suspect that all of us playing at 28mm scale (heroic or otherwise) are used to suspending out disbelief...
The Price:
£6 for ten. I would be very happy with this price. Pocket money prices. 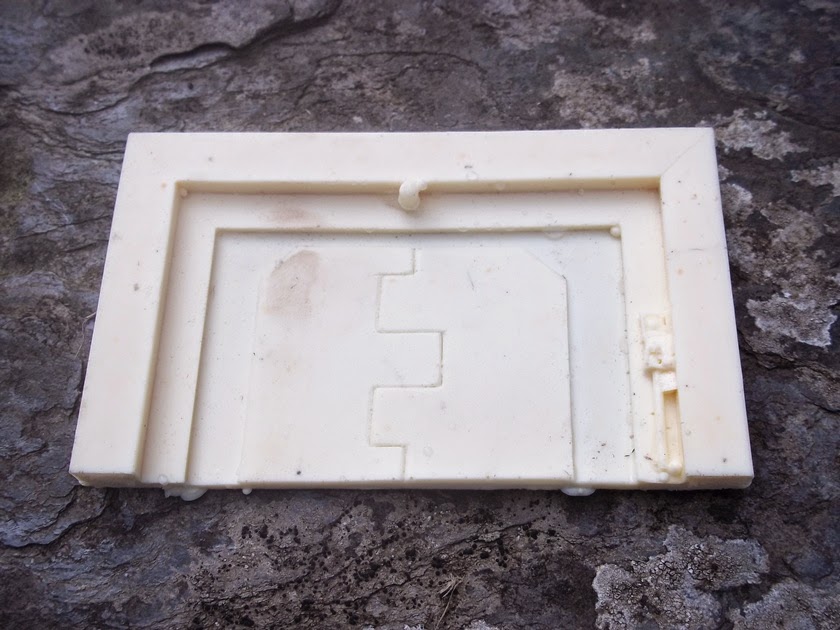 - This is genius. Lump of packaging material + this door = awesome bit of scenery. The most fantastic element of this is that it is every bit as usable for a WW2 setting (think 'Wolfenstein') as it is for 39,000 years into the Empire of Mankind!
The Good:
Great, simple, timeless design.
The Bad:
This piece was quite warped when I got it out of the bag (it's quite thin in the middle) so I had to warm it up and flatten it - this was straightforward at least. It also came with some weird black marks all over it - I assume they're part of the mould release, but I thought it a little odd to ship a piece out like that...
The Price:
A smashing idea, but somewhat pricey I reckon, at £5. 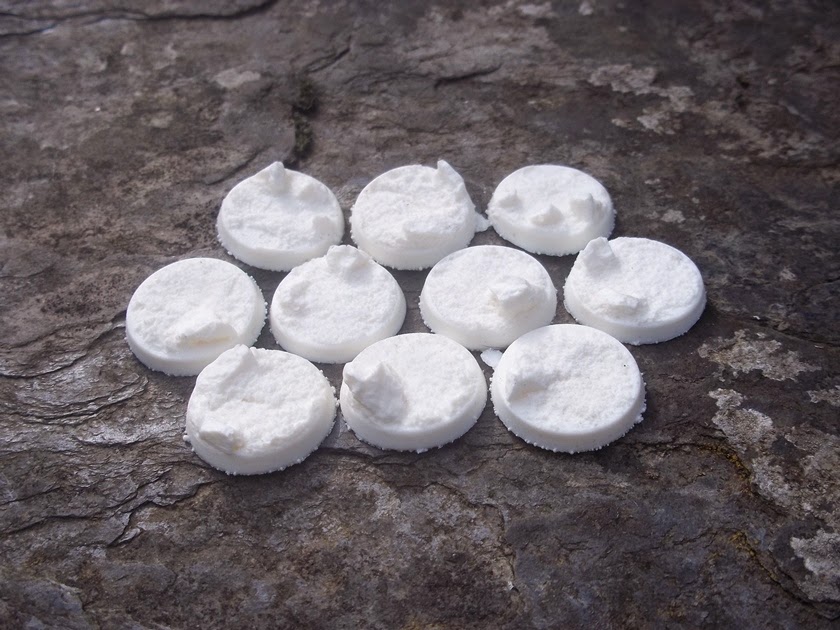 For me, these are the best thing in the sample. They're cast in what I'm told is a newer resin: it's whiter and significantly cleaner-looking...and these bases are just gorgeous!
The Good:
Simplicity done really, really well. Again, T&L have managed to gauge the 'height' dynamic of the bases just right with those jutting rocks: they just look perfectly organic...if 'organic' is the right word for things geological!
The Bad:
NOTHING. There is nothing bad about these.
The Price:
As before: perfect pocket money cost at £6.Here's some more pics, because I like these so much: 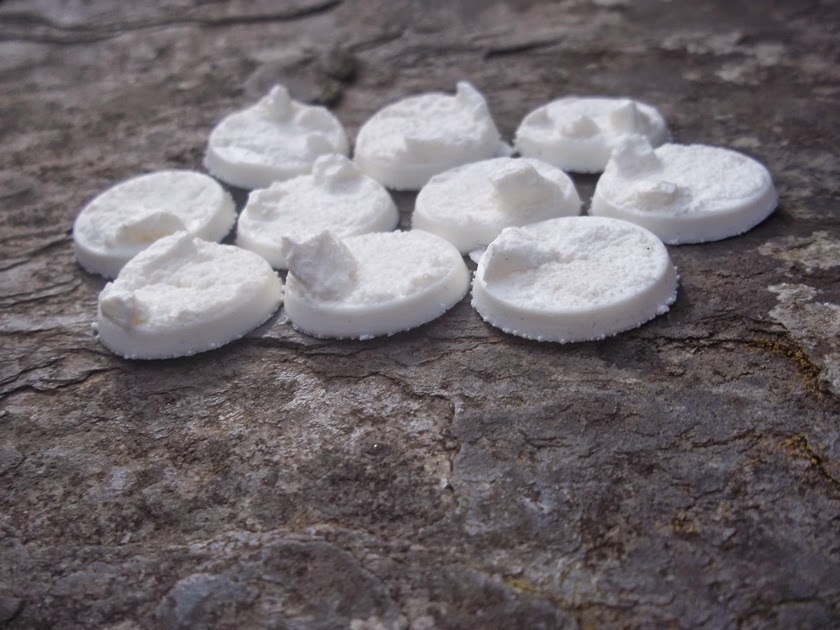 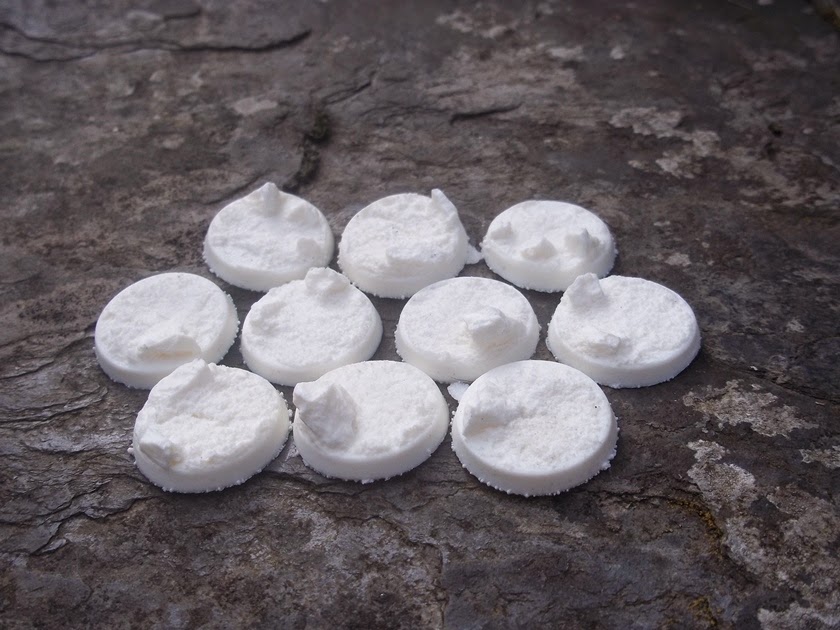 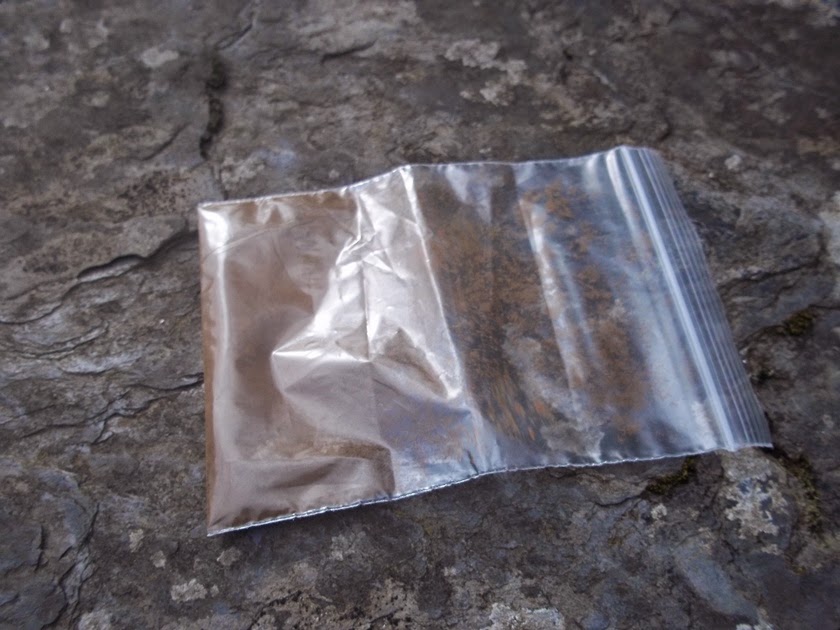 This was the first thing I pulled out of the parcel and the ever-patient Mrs Drax gave me a brief 'are-you-in-fact-receiving-shipments-of-heroin?' kind of a look before sighing and walking away.

This is a half-portion sample of T&L's weathering powder, and I must admit this is something of an unknown beast for me: I've never used it before. Still, I've been watching some tutorials, and I'm going to try my damnedest to paint up my Bolt Action Cromwell ASAP so that I can review it properly. Watch this space.
The Good:
It looks like dark soil. That helps, right?
The Bad:
It's also looks like heroin.
The Price:
Apparently, a pot with twice the sample amount I have above costs a mere £2. Happy days.

These are some lovely-looking bits of kit for pretty damned reasonable prices.

If you're wondering whether I'm on the take here, then shame on you! If your a reader of my blog then you know me better than that! I just wanted to give them some screentime because I like what they do. Here's their link again: [here] and here: https://www.facebook.com/TlTerrain . WHY NOT HEAD ON OVER? - With luck and a following wind I'll pop up a permanent ad for them very soon...

Do please let me know your thoughts...