Well...it's not like I was going to turn down a heading like that now, was it? - More on the poll below. But first...

Shout-outs! There are some new folks in town, and I'd like to "show them some love" (a phrase I've come to rather enjoy)! Please check out the links on the left, and amongst them you'll find...: 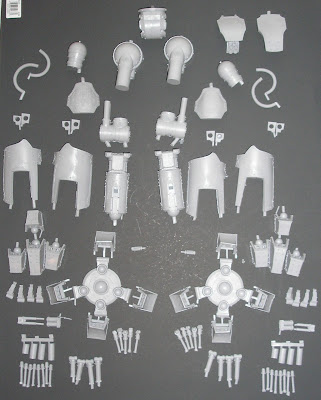 Yes, the poll results are in, and thank you to the 17 viewers who voted (I kicked-off myself, to see if it worked!). The thing is, of course, that I've already finished the Armoured Fist squad, so I figured I'd work on the next two most popular concurrently. They are:

1st, my snipers,
and
2nd, my basilisk and griffon (both currently WiP).

I have to say, it'll be good to work on some vehicles again (and no, I haven't forgotten the great suggestions you gave me for the Veterans' shoulder pads) - I'd actually finished the basilisk, but decided to repaint it solid green. Despite how good the camouflage looked, I wanted it to fit in better with the other chimera-based light vehicles.

And as for the snipers? Well, I think you might be a little disappointed. I made a start on them a couple of years ago (when I worked out the DPM camouflage you can also see on the Vets) but the models really aren't too interesting. Ah well, at least they should be relatively quick to paint.

Now let's see how much I can get done once I start work at my new school on Sept 1st!