Thanks for staying with me, faithful readers. Posts are slow because progress is slow, and hey - this is a progress blog!

This, then, is a run down of every work-in-progress which lies between me and the effective completion of my Imperial Guard (see my previous post for details). Most of these models have been mentioned in posts before, too.

These are in order of when I grabbed them - some are quite nice minis, but none are very well painted yet and ALL are works-in-progress! [NB: the strange furry background will be explained at the end.]

First up, my last remaining Leman Russ. It's had a converted annihilator turret for a couple of years, but I recently cobbled together the following vanquisher turret, just to see how it looked: 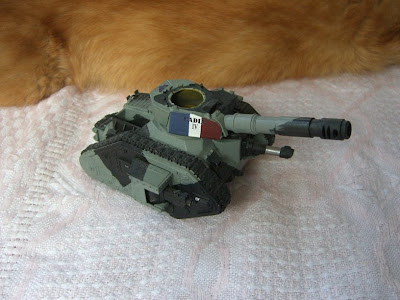 Next, my last remaining sentinel, Charity. Nothing really of interest here: 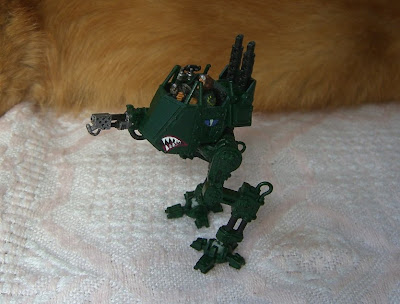 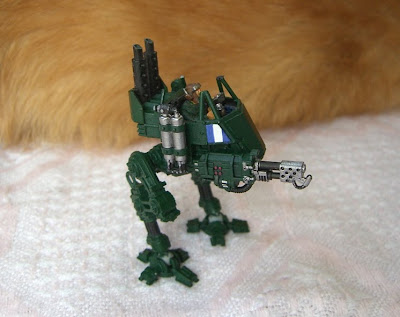 A commissar - an old ebay win who I've been sprucing up (his axe and hat were - bizarrely - blue): 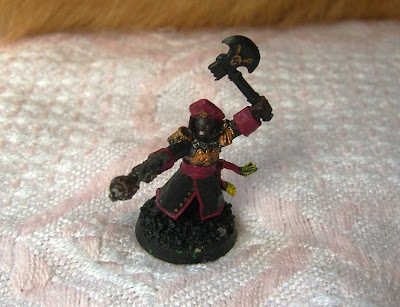 Another commissar - this chap's all in black and his longcoat is going to be pretty shiny. If you haven't already worked it out, I'm really not taking all of these that seriously: 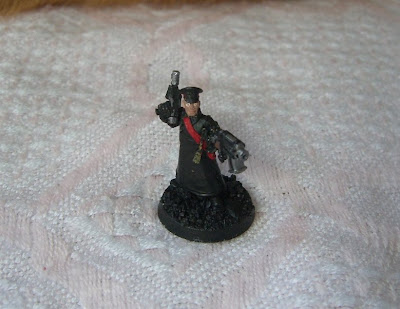 My artillery spotter. I'm loathe to call him a 'Master of Ordnance' as the model's so ropey, but it's a relatively old conversion now, going right back to the first of the plastic Cadian kits. Hey, I had to find something for the model to do, right? 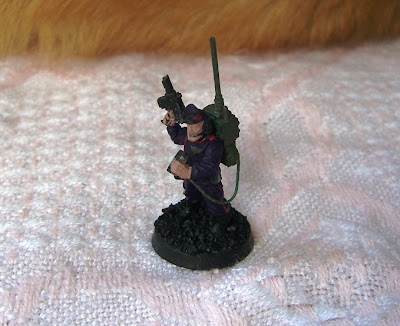 Nork Deddog. Old-skool ogryn converted so that he's saluting with the 'wrong' hand - I really liked that idea, taken from the short story in the old Guard Codex: 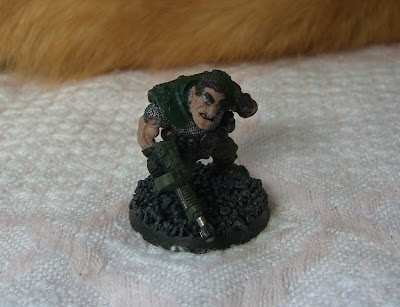 My mortars. These are literally the last models of my infantry company, and in honesty I can scarcely be bothered to put brush to model. Rats. Still, there's not too far to go with them: 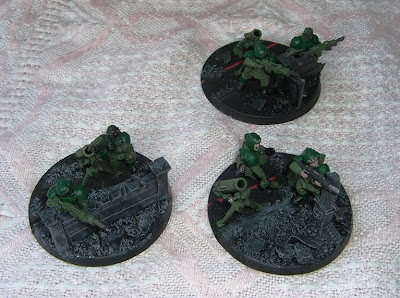 Finally, my FW Baneblade. More progress on this is the last seven weeks than in the previous seven years, but I'm still at a bit of an impasse. Still, I'm starting to enjoy the scheme: 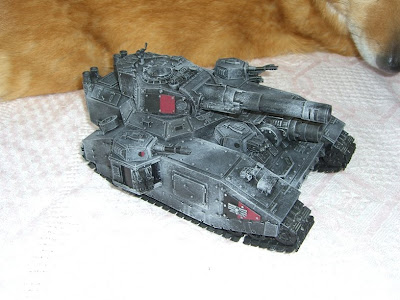 And here's the reason for all that furriness. As soon as I threw the baby blanket down to use as a background, Cadfael the Wonder Corgi was onto it like a shot. For any of you who are relatively new to my readership, he also doubles as my Guard's regimental mascot: 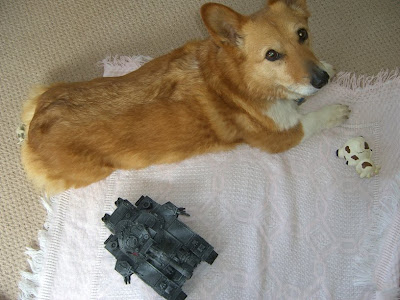 Let's see now where progress will progress. I'm back at work from Monday, dagnammit.
Cheers!
- Drax.
Posted by Admiral Drax at 10:30

Email ThisBlogThis!Share to TwitterShare to FacebookShare to Pinterest
Labels: work-in-progress