Well then, more progress for the ol' progress blog. At last, my Armoured Fist platoon (comprising my old metal Cadians):

Pics first, then notes [There are links to old posts on the component units too]. Please forgive lighting - there's been a notable absence of sunlight recently... 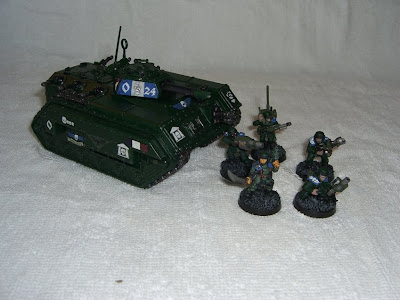 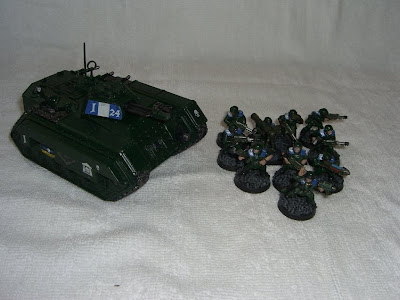 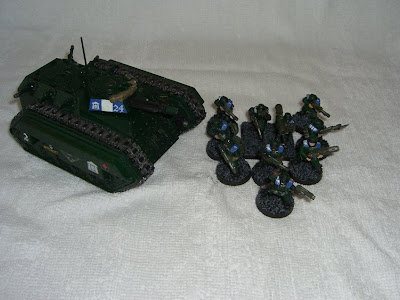 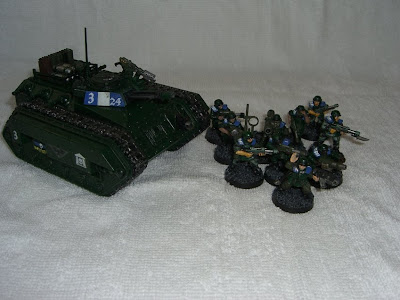 Here's a selection of models I quite like (the grenade launchers are all converted): 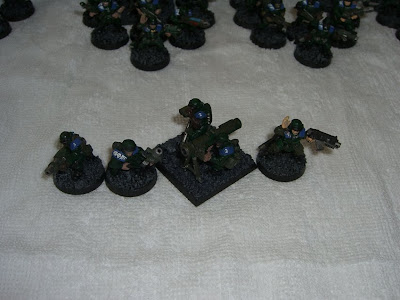 And here are the squad ID flashes: 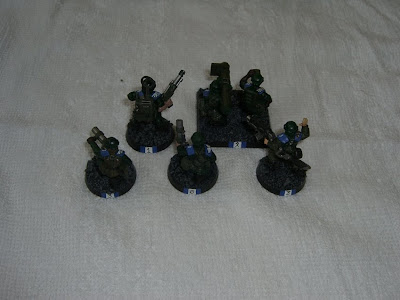 It's took a fair bit of patient collecting and a little converting to ensure they're armed the same as my normal infantry platoons, but it's a simple and cheap combonation of weapons, and I find it works well. That said, having assembled the troops for this platoon, I then decided that I liked the missile launcher models way too much, so I just had to put those in too...a little spuriously, I fear.

At least eight of these have been with me since I bought the Cadian Shock Troops boxed set, over a decade ago, and as is befitting this veteran status I figure they could also double as chimera-mounted hardened vets if needed. As it happens, I've a few spare plasma and melta guns!

- "But surely Drax isn't getting all competitive?!" I hear you cry.

No, but I'm working on an idea to offer my services as a sparring partner for anyone at the club who wants to practise before tournaments, and these are so often an integral part of the competitive IG build...well - we'll see.

So there you go. Another thing crossed off the ol' painting chart.

By the way, the informal contest for naming a brace of my tanks ends tomorrow. Probably midday-ish, BST.