Just a quick 'Mountain Reduction' update - and I'm still running a week behind, so this is the last week's offering. The week before (what should've been #9) was the completion post for my Flames company. So there.

For the first time ever, I've made a start on some polystyrene damage markers. This is my prototype, form an idea from an idea I found on 'Take the High Groud' - here [link]: 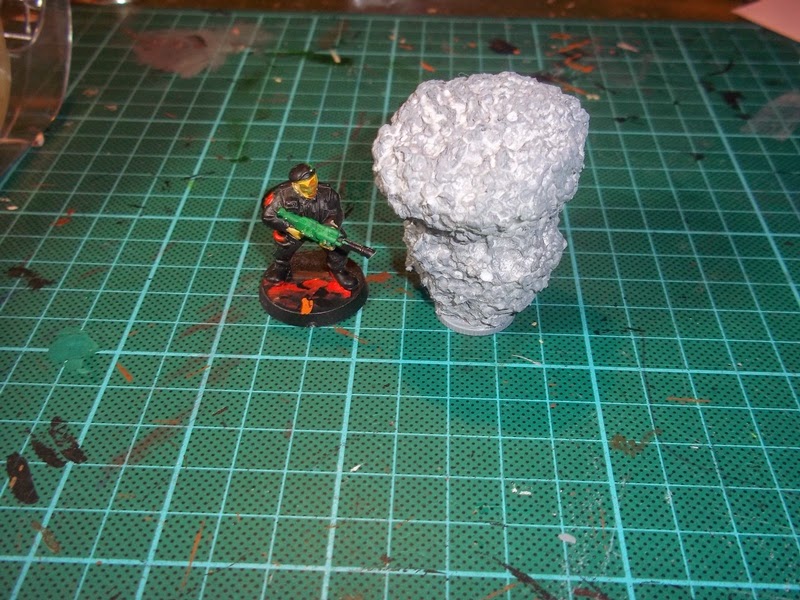 So far, it's just got a grey priming on top of PVA (not entirely successfully), and although it's intended for Flames of War, I can't access any of my toys at the moment so here's an old IG Stormtrooper for scale. It's based on a fivepenny piece. Obviously, it'll need some depth and colour paited on it yet...

Hmm...so the challenge has not fallen by the wayside yet. Here's to it continuing...

And yes, Zombtober did escape me after all. Quelle surprise.
Posted by Admiral Drax at 23:30

Email ThisBlogThis!Share to TwitterShare to FacebookShare to Pinterest
Labels: modelling