A Crusader Mk I, Humber Armoured Car Mk II, and some transport - let's call it a 30cwt lorry.

Managed to get them varnished today, and took a few pics outside: 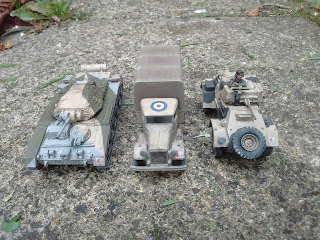 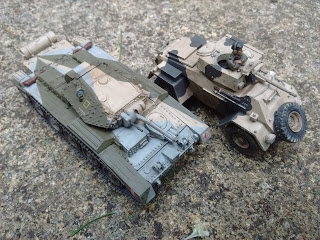 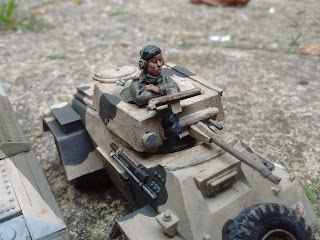 Grumpy driver. It gets hot in that desert! 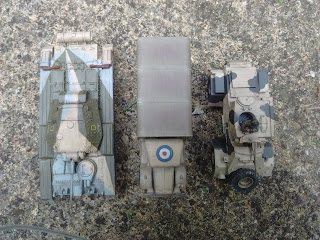 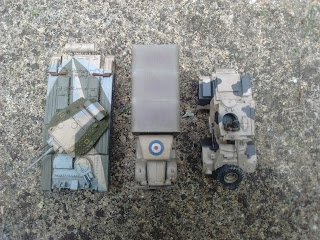 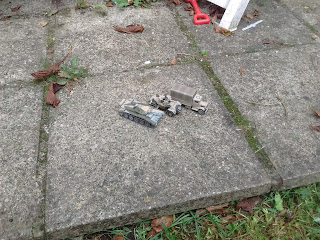 And for those of you wondering how the camo works at a 'distance'.

It goes almost without saying that I have enjoyed the challenge of these anything-other-than-olive-drab vehicles!