Hullo, All,
I've been a busy beaver recently: not only have I got a bunch of modelling and painting done (details soon) but I've also been play-testing a scenario I wrote for Bolt Action. As I've played it twice now, rather than try to present two different battle reports as well as the scenario itself, I think I'll just outline the scenario in this post (with some pretty pics from Game 1) and then reflect on it in a follow-up post, with some pretty pics from Game 2 to illustrate. 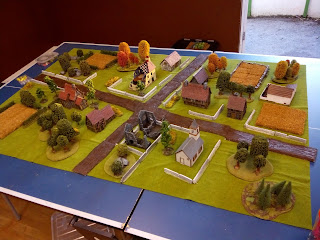 The basic idea is that the attacker has to come on from two table edges to blindly advance to engage a defender whose forces are completely hidden practically anywhere on the table (marked on a map, rather than placed on the table) in order to take the centre ground. Both sides start with just half their units (either secretly deployed or in the first wave) and all else arrives from reserve. The attacker has a 20% points advantage and a preliminary bombardment on a 3+.
In the first game, I was attacking with my Heer against Alex's Paras...and I lost; in the second game I was attacking again, this time with my 4KSLI Brits against Steve's Germans...I won. (- although there may still have been a wee Tiger slinking around: see next post!) 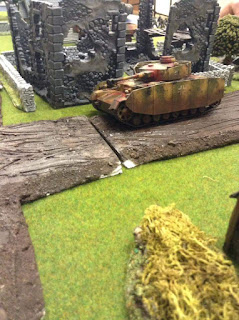 Meanwhile, on my right flank, another Hanomag edged up, and discovered a ruddy-great Para 17pdr dug in amidst the crops. Aargh! 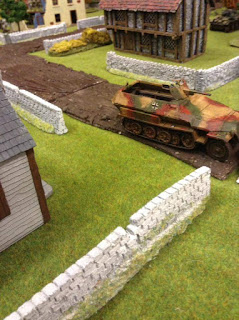 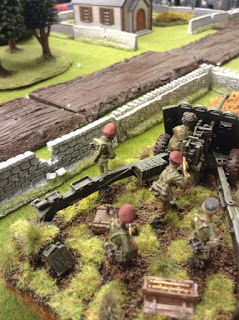 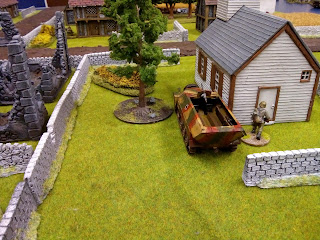 I had some good news, in that I managed to neutralise the Paras' tetrarch...but that was about all: 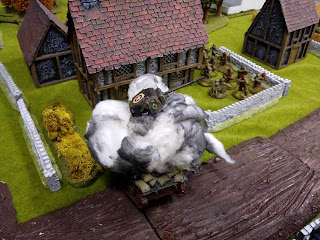 On me centre-left, my assault pioneers tried to dislodge the Americans...and fluffed pretty much everything. Not least the flamethrower, which twice - TWICE - failed to do its sole job (below). Drat. 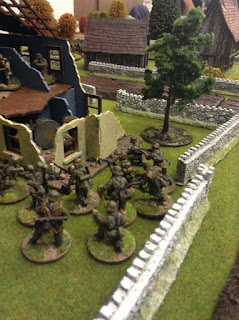 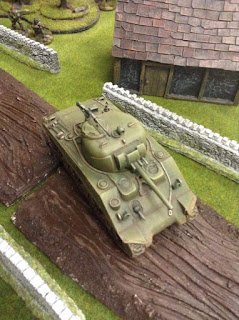 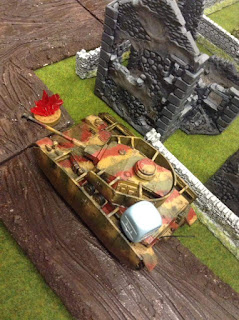 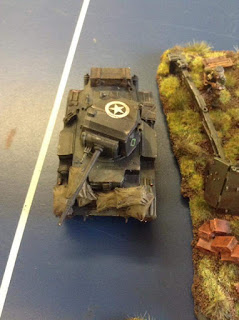 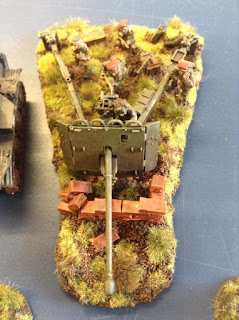 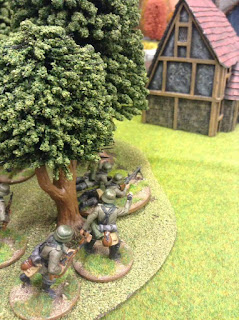 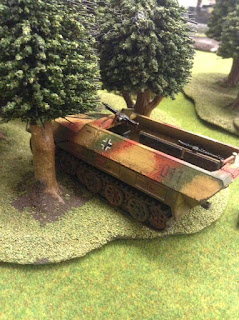 ...all of the Allied models, of course, are Alex's. 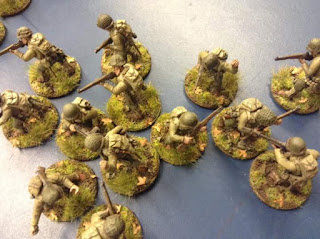 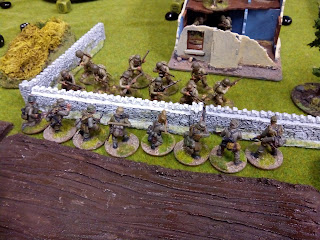 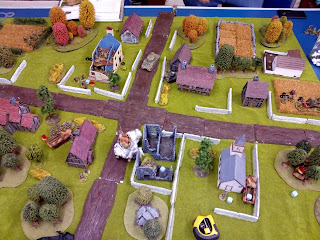 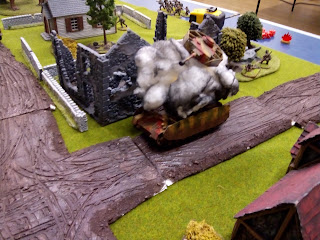 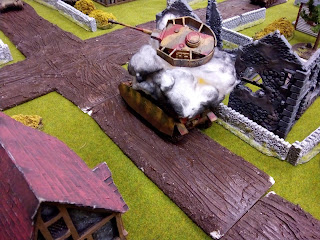 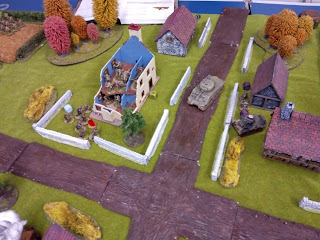 Thanks for your time!

- Drax.
NB: Thanks again to Justin for the donation of his excellent pics!
Posted by Admiral Drax at 23:41