Well, I've a special post planned for my first century, but I thought I'd share with you some of my plans for the future of my Guard - especially with the advent of their new codex.
Firstly, here is my supreme commander - I've not yet assigned him a rank, but it'll be higher than a full colonel, as he has command of both battalions of the Cadian 24th. I don't yet know whether to keep it real-ish or more 40K-fluffy: 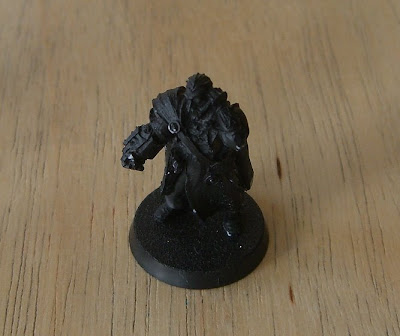 He's the splendid FW Cadian commander, and is from one of my few unassembled squads (the whole squad is FW), but then, I'm awaiting the new codex for fresh options. As it is, I LOVE the Chapter Approved rules for Guard High Commanders published in UK WD during the Eye of Terror campaign (albeit with the explicit caveat that they're legal for general play) but haven't yet fielded them. Mind you, I've a nice collection of interesting figures to populate the commander's entourage. Here's one, my self-build: 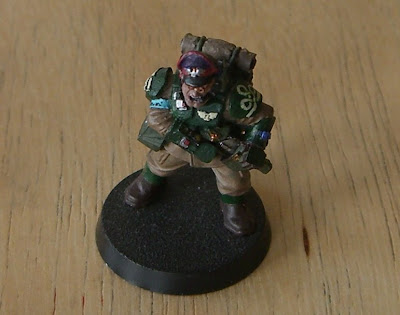 He's almost certainly going to become the artillery liaison officer in the new codex. Next is my Nork Deddog conversion, from way back: 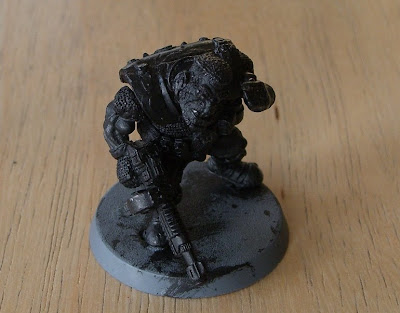 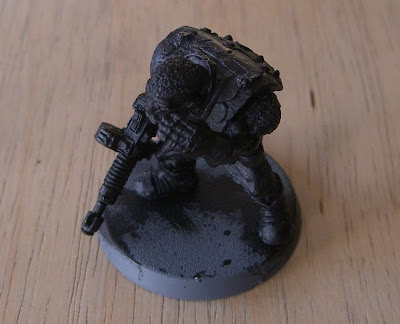 I've always loved his rules but - again - never fielded him. He's saluting, as per that great story in the 3rd Ed Guard codex. Finally, allow me to present Admiral Drax himself: 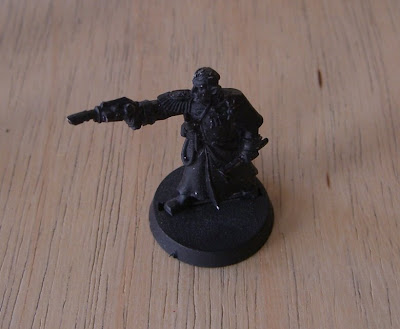 Yes, he's the Weissmann model from FW's original special edition baneblade, Arethusa - my version of which can be found below, along with a detail of her anti-aircraft autocannon. She's called 'Zarathustra' - which seems suitably bombastic: 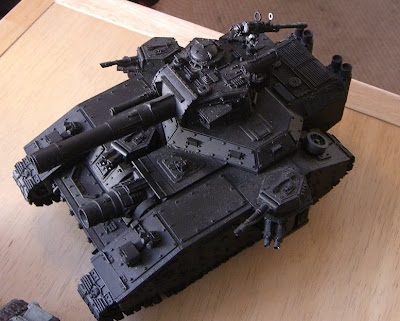 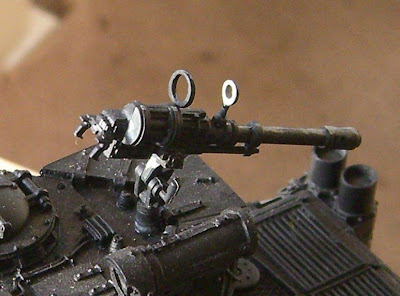 Yes, I know I have some painting to do, but it'll have to wait, damnit. 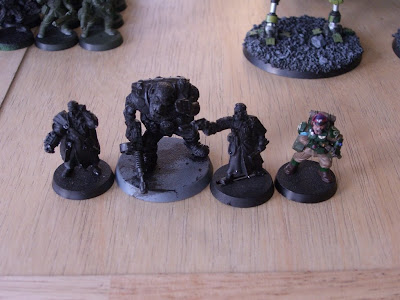