"Does exactly what it says on the tin."
Evening.
Here's my version of G/Sgt Harker's squad (in no particular order) and how they're taking shape: 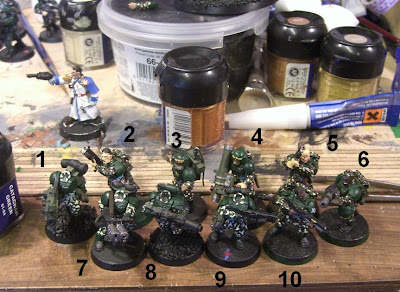