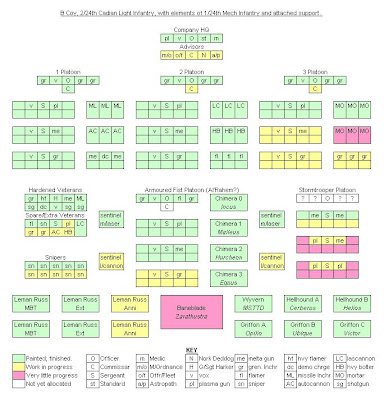 I also have enough spare odds and sods to make another infantry platoon (and probably another three stormtrooper squads too, if I'm desperate enough!).
And what will the far future hold? Well, I'd like to put together a squadron of valkyries...but that will simply have to wait!
Cheers,
- Drax.
Posted by Admiral Drax at 22:54