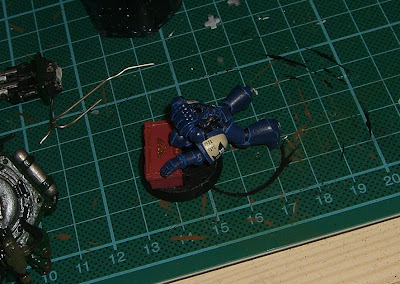 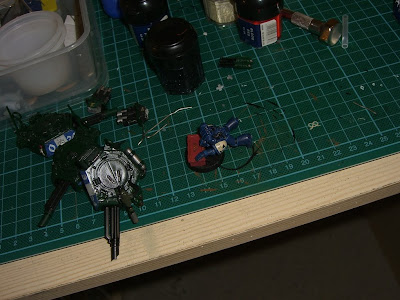 It's weird to try painting in someone else's style (and I'd forgotton how dull marines are to paint!) but it's looking okay. I think Ice Blue may have been better for the highlights, but I don't care. It's dark in the future.
Cheers,
- Drax.
Who really ought to go to bed now.
Posted by Admiral Drax at 01:31