Evening.
Just some quick pics, so you can see how stuff's progressing with my vets. I've been modelling more than painting - these little buggers seem to take forever!
Firstly, G/Sgt Harker is getting painted up now... I'll get a close-up of his backpack once he's done: 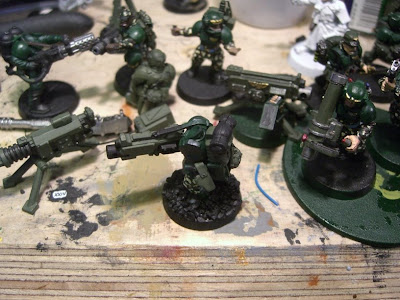 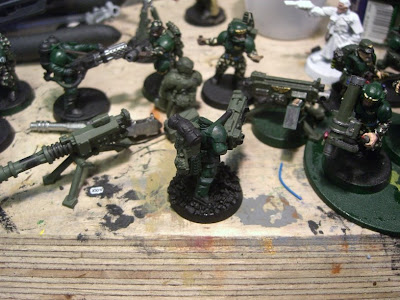 Secondly, a vague look at the progress on my heavy flamer - I don't like the new vertically stacked command squad version of it, so I put mine side-by-side: 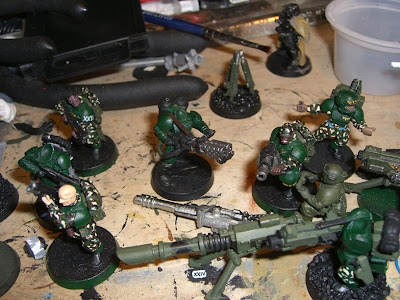 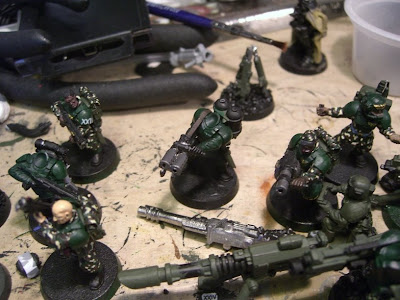 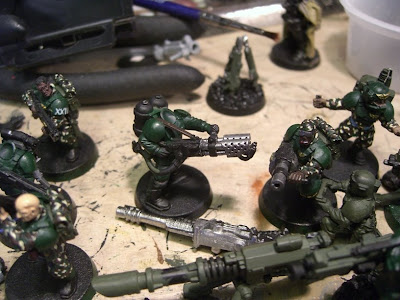 Thirdly, my vet lascannon crew. Most of you know by now that I'm not a big fan of either the 60mm base or the plastic lascannon, so I was originally going to have them fully dug-in and covered in a camo-net - almost in protest! Luckily, common sense prevailed, and I went for it with a 'prone' loader/observer and a stripped-down lascannon (in the background). You for those of you (Hal'jin!) who dislike right hands, you may appreciate the las-carbine swap in lieu of the basic laspistol: 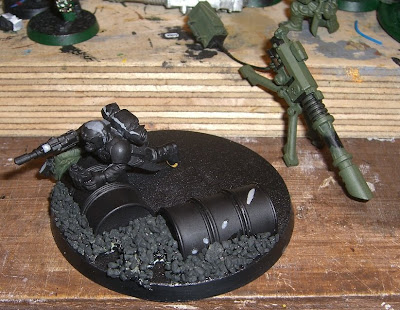 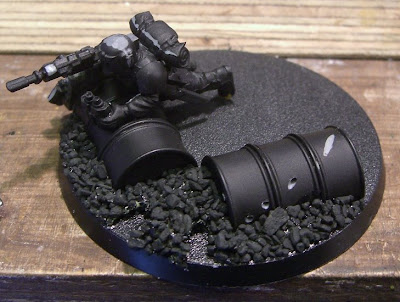 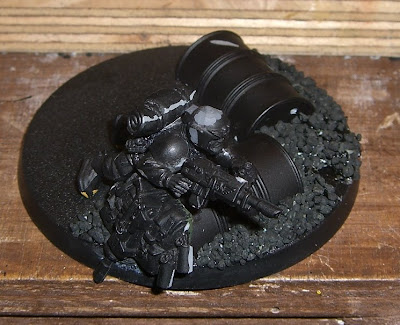 Finally a general shot, including the FW Weissmann model (my new Fleet Officer)...and the monstrously overpriced You-Know-Who lurking in the background: 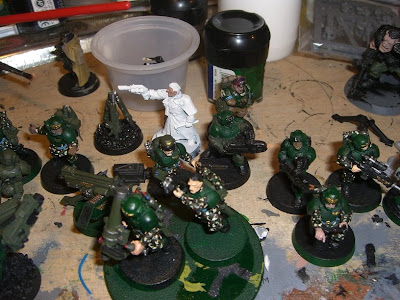 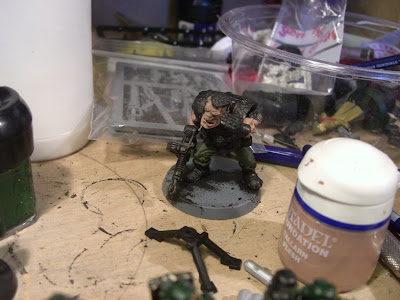