So...
I got back to the club last night after a long drought and played my first game in ages: 2000pts Vs Necrons. My opponent (let's call him 'Ant') and I were running late but we still figured it'd be fun to see how far we got into the game. This isn't a battle report - just thoughts with pictures.
Both of us had brought generic, non-beardy lists and we'd agreed that it was a game to try stuff out and have a laugh. I'll post my list separately soon.
We rolled 'Capture and Control' with 'Pitched Battle' deployment and I chose to go second. In essence, two of Ant's units (wraiths and an awesome tomb stalker) rolled-up my right flank and took me apart unit-by-unit. My Guardsmen put up a valiant fight but ultimately sthey really struggled to hurt Necrons...who just went a got back up again anyway. We had to wrap up half-way through turn four, and although I would've drawn at the end of turn 4, by turn 5 I'd've been mincemeat.
Photos First:
My left flank and objective - note new HQ Salamander to the rear of the ruins: 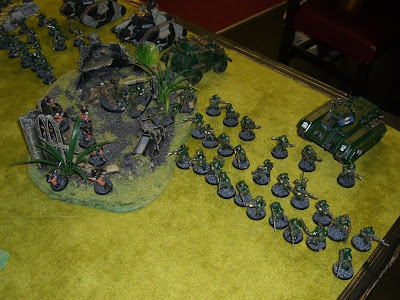 My 'sacrificial' right flank - sacrified for fun rather than tactics: 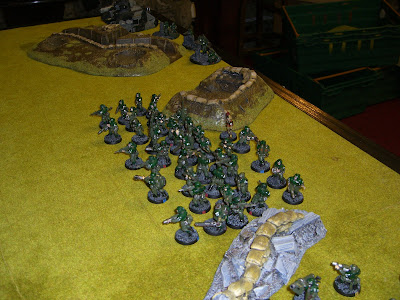 Ant's right flank (my left) with his Destroyer Lord (I love the shiny 'bug' carapace painting!): 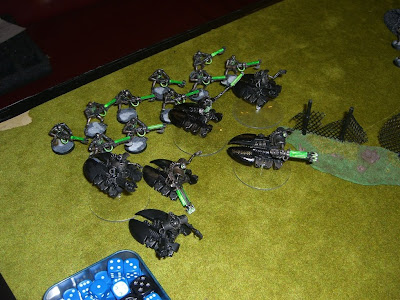 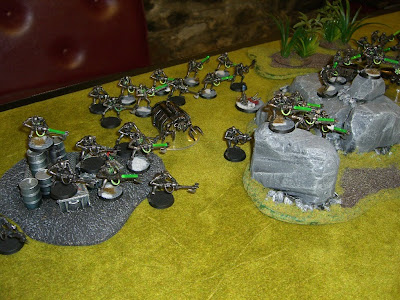 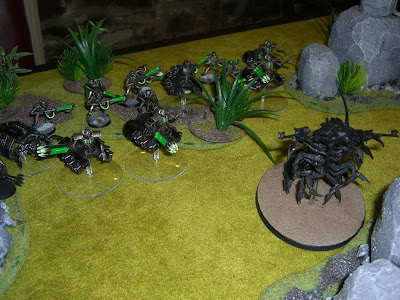 Ant's left flank sweeping inevitably and inexorably in toward my right: 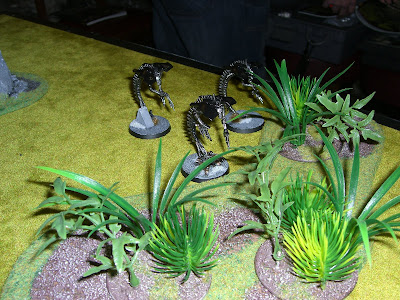 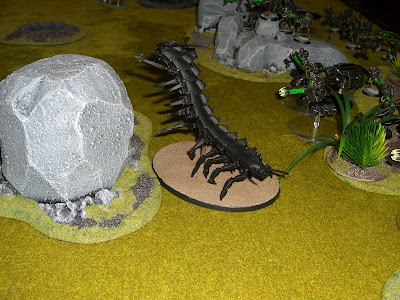 And here's a very lonely grenadier shocked to discover that he alone of his platoon is still alive ... alive and charging past the Staker to a glorious bayonetty death in the Necron lines: 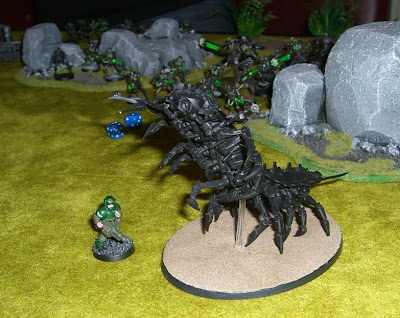 Post-Game Thoughts (in no particular order):

My main conclusions are as follows:

The saddest thing was this: at the end of the game, Ant helpfully advised me that a useful anti-Cron tactic is to force a Phase-Out. I didn't have the heart to tell him that that's actually what I was trying to do as best I could with the weapons I had in range...I just utterly, utterly failed to achieve it! I couldn't even stop the buggers from WBB-ing!

Looks like my lads' lasguns may finally have met their match...

Thanks for your time, readers,

PS: Heres another pic of James's awesome Ork army - here in action against Daemons on the next table: 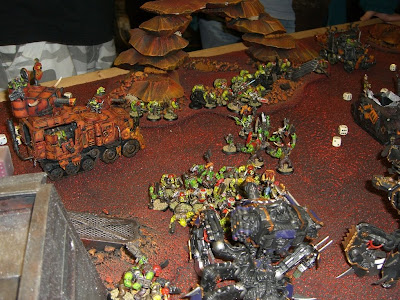