Despite the fact that I've forsaken tourneys, the excellent Jay at my club was after people to participate in a 2000pt contest, and as I knew things wouldn't get too competitive there, I figured 'What the hell - I'm on holiday, right? 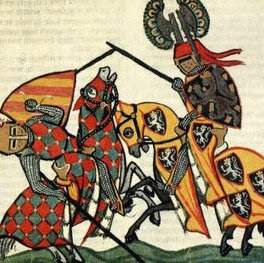 I've deliberately not documented the process, as (a) it might've been unfair to members of the club who read my blog and (b) I knew I wouldn't have time to take photos, but here is an overview, in case you're interested...

Now, the astute amongst you will have noticed that this is not a 'competitive' list. In fact, some of the choices are just bloody stupid, like putting sinpers in a chimera, putting my mortars in separate platoons or fielding griffons, but here's why: Rather than starting with 'What will play well?' I started with my normal HQ and 2 of my platoons, and thought 'How might these troops be supported?'.

First, I gave all the command units a runaround. I know snipers can't move-and-fire, but if their boss is given a chimera what else are they going to do? Then I added the griffons, as they're cheap, fun, and no-one expects them. Next the Hellhound (always) and the Devil Dog...which you'd see everywhere if GW hadn't rubber-stamped vendettas and melta-weilding monted veterans, which I refused to field on principle. A couple of Russes to help my anti-tank capability and that just left a few points for the Penal Legion and Marbo, both of whom are always great fun to field.

Well now. We've finished the first round (20 players in 5 groups) and the three games of round 1 were all the same: Pitched Battle with 5 objectives; tracking secondary scores for victory points (hooray!) and kill points (boo!). I played James's Blood Angels first, and after a great game I just pipped a win. Next was Josh and his generic (gold?!) marines - the game dragged a little and ended up an anticlimactic draw. Finally, last week I played Lee's superb Eldar: a really fun game which ended in a win for me, but only after he assaulted and destroyed pretty much half my army!

Result? I won our group, with Lee second, and as such we're both through to this week's 'Knockout' round 2. This will be hard for me as round 2 is 5 objectives with a spearhead deployment, and trying to usefully deploy a gunline guard army with 120+ infantry in the corner of a board is tricky. Ho-hum, we'll see.

Unit of the tourney so far?

Definitely the Penal Legion. In 3 games they've destroyed 3 units: Blood Angels lightning claw terminators, a whirlwind and 10 Dire Avengers. Nice. The heavy weapons teams have done an admirable job for once, and have even survived fairly well, and the mortars and heavy mortars have caused no end of casualties and pinning.

The main failures have been the HQ snipers (no surprise, really - they're really just there for anti-MC work) and my demo charges which have been uncharacteristically lame...although one did sail comically over the enemy landraider to blow up a bunch of Guardsmen!

The biggest thorn in my side has been a unit of Striking Scorpions. Gits.

- Drax.
PS: Sorry about the weird spacing. Does anyone know how to stop Blogger doing this?