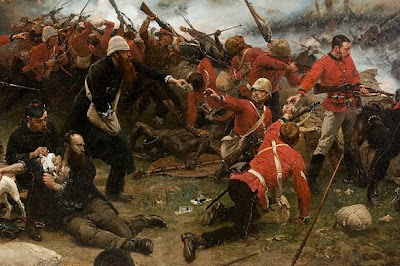 Well now. I'm pleased to note that after a win against some mechanised Eldar my Guardsmen have made it through to the quarter finals of my club tournament: quelle surprise!

And it promises to be a fun game. I'll be playing against a guy called Andy and his zombie traitor guard. In the past I had a fantastic game against him and as we both have large, sprawling Guard armies for this forthcoming annihilation game it's going to be complete carnage. Complete carnage.

Interestingly, the deployment is dawn of war so there's likely to be something of a crescendo to the action. Although I rather suspect that a lot could hang on who gets the first turn. Either way, we've agreed to be as gung-ho as reasonably possible, so it really ought to be fun!