For once, a speedy project for Drax.

A few weeks ago, I hit upon the idea of taking my HQ salamander Opilio - itself converted from an ebayed (for which read: 'in rag state') griffon - and converting it back into use as a griffon mortar. Here's two pics as she is now, followed by one of her as she was (more pics below): 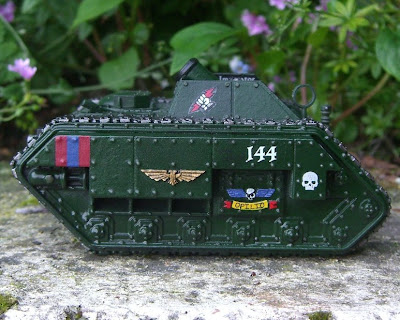 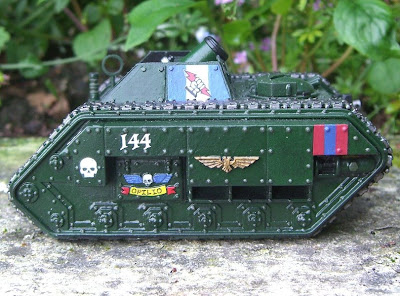 Wow - in that one above you can really see how thick the old ebay paint job was. I repainted Opilio before I discovered stripping paint. This, then, is her as she was: 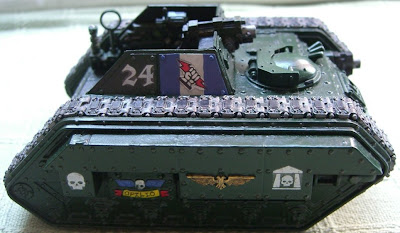 Now of course, many of my loyal readers rightly bemoaned the loss of a more 'characterful' unit...so I've kept the mortar removable so that the heavy bolter can be replaced: 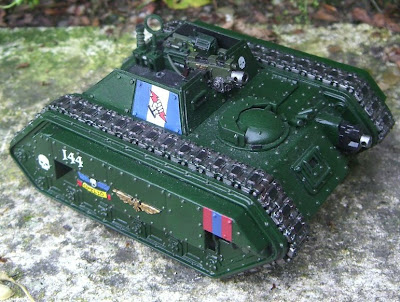 Naturally, I've had to adjust the vehicle's identification and transfers. I was tempted to make it look like a field conversion, but I don't really have the necessary painting skill, and the crappy old ebay paint job mixed with the my ubiquitous glossy varnish would've looked a little incongruous. More pics: 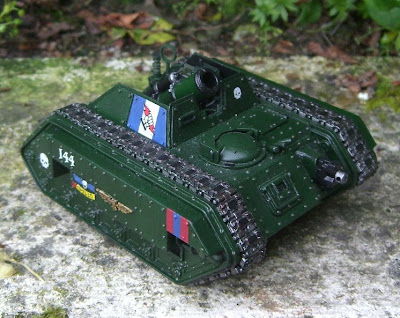 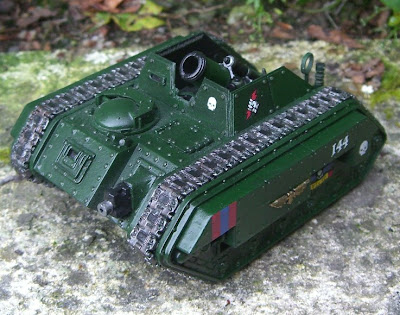 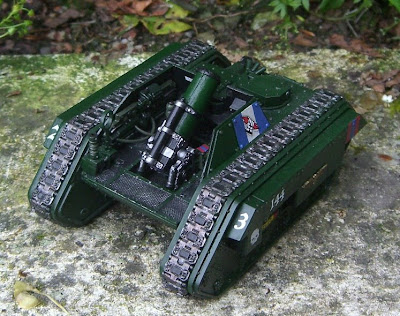 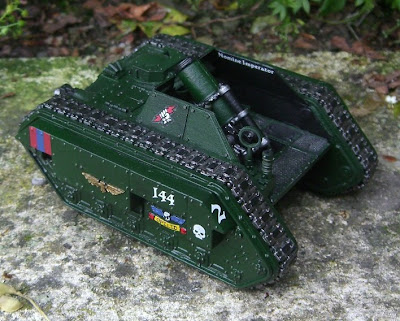 Luckily, she's still attached to the 1/24th, so keeping the blue-white-blue flash on the starboard side wasn't a problem, though I did paint out the large '24' on each flank.
Click for more pictures of Opilio in her old salamander guise;
Click for more pictures of my other griffons.
Your roots are showing, dear...
If you're wondering why she has so many garish colours, let me explain. If I convert or repaint a vehicle which already has an ID flash, I try to retain some of the colours in the scheme - as something of a tribute, I suppose, to the vehicle's history. Therefore Opilio has her current 144th red-blue-red flash and has retained the blue-white-blue on her mantle and the winged skulls, but also has her original (ebay) flash colours of red-yellow-red on her nameplate scrollwork. These colours are actually still visible if you look at her from beneath.
Details you might like include the legend 'THE CORGI' written by the crew on the port flank (this is why the '144' transfer is shifted rearwards a little - the name's a long story, but obviously relates to our old favourite, After The War) and the fact that - for reasons forgotten now - I gave the port-side winged skull an eyepatch: 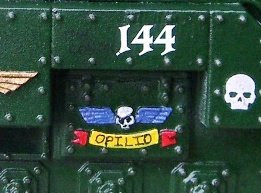 Hopefully I'll soon have posts of all three griffons together and then a completed brace of infantry platoons!
Cheers,
- Drax.
Posted by Admiral Drax at 23:40