Hey All,
I love my Armoured Fist platoon, and (although they're finished) I was pleased to find a book in the local library about the chaps who do this stuff in real-life to help me find out a little more. 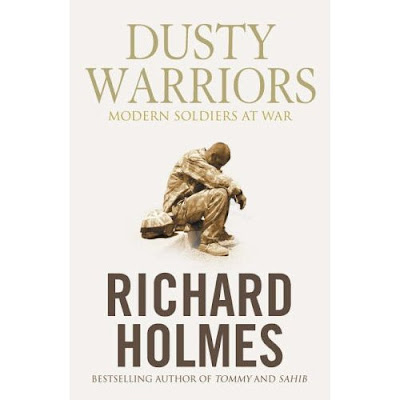 Dusty Warriors: Modern Soldiers at War is a detailed account of 1PWRR Battle Group's 2004 deployment in Al Amarah and Basra. Written by Prof Richard Holmes (who was at the time the Regimental Colonel of the Princess of Wales's Royal Regiment) it's a lavishly detailed account based mainly on the testimonies of those serving in the battle group. 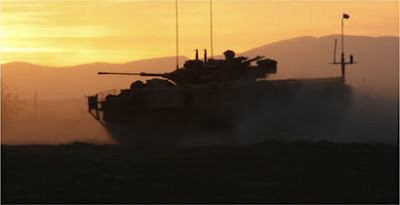 A Warrior IFV from 1PWRR
Like many of you, I enjoy military histories, and Holmes's style mixes quiet humour with gentle authority to great effect. That said, Dusty Warriors is far more personal and subjective (if not quite biased, per se) than his previous comparable works, such as the excellent 'horse and musket'-era Redcoat and Tommy - about the Great War. This perspective is openly acknowledged and explored, and I believe it adds significantly to the enjoyment of the book.
What did I learn from it? Well, I think the following were my main lessons, some 40k-related: 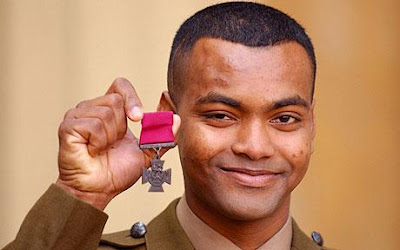 I've also decided to use an extract from the book in class with my Year 9s next week!

So there you are. It's not to everyone's taste, but I found it highly engaging, and although I'm not prone to posting things like reviews, I was so moved by some of the accounts I thought I'd share.

By the way, my converted Salamander-proxy IFV is now completely finished (hooray!) but I've not been home in the daylight all week, so I can't photograph it (boo!). Pics soon.