Here are a few more pics from the 'Calneage' tournament a fortnight ago - courtesy of my doubles ally, Mike the Merciless - he's planning to knock together a battle report too, so watch this space. We came 5th out of 14 teams in the end, so we were very pleased with that! Thanks again to all those who ran and attended it for making it a great day!

Sadly, no pics so far from games 1 and 4, but in game 2, Mike's marines thrust forward on the left flank... 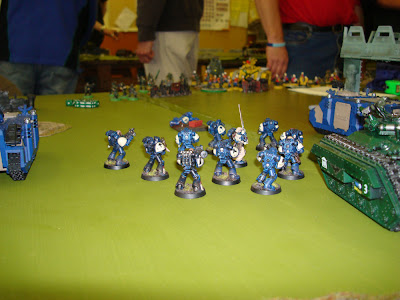 ...whilst on the right, my chimeras discover the true meaning of 'dangerous terrain': 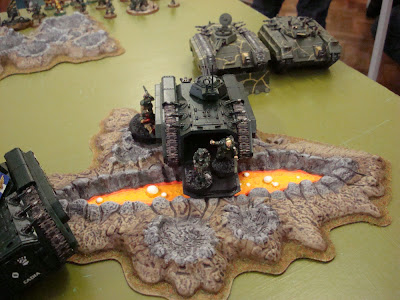 The caprice of deployment gave us a solid win in this game, but I loved the Guard/Guard army we were up against: a mixed bunch, but very characterful, and great camo on the vehicles too: 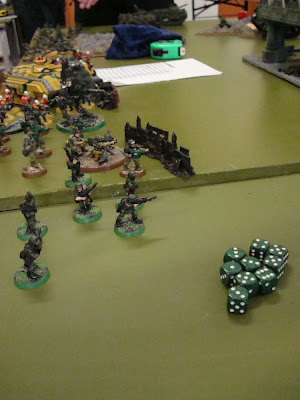 Game 3
This was an interesting one - we were up against an ork army with min/maxed nob bikers...playing for kill points! Oh well - it was actually quite cinematic in the end. Here's the ork horde charging toward us on our left flank... 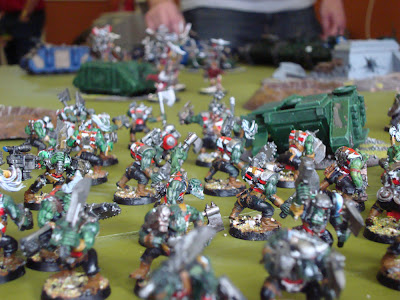 ...as the nobz (on giant squig 'bikes') turbo-boosted to our right flank, which was undefended...until the cavalry arrived: 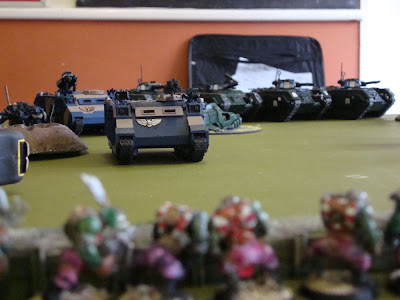 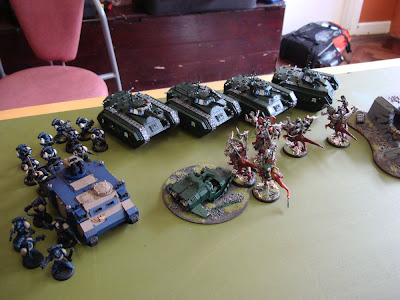 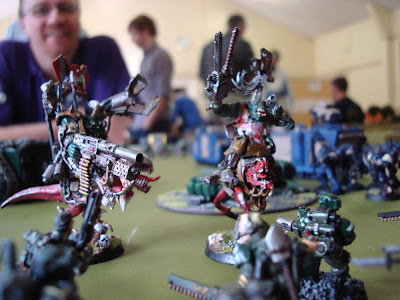 And knacker two of the vehicles, taking many of their passengers with them: 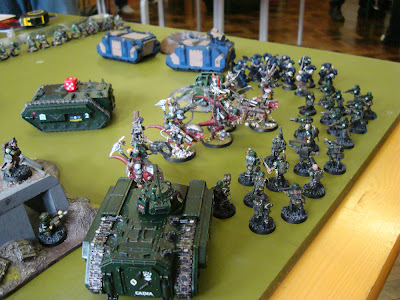 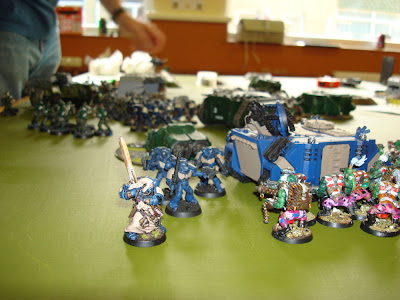 ...whilst my (newly disembarked) Platoon Commander heroically surveys the fight from atop the bunker (posing)... 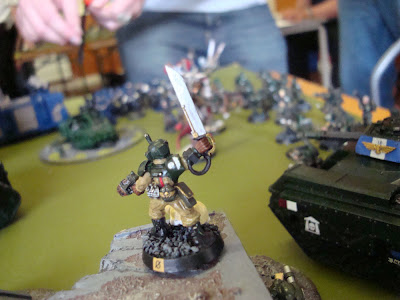 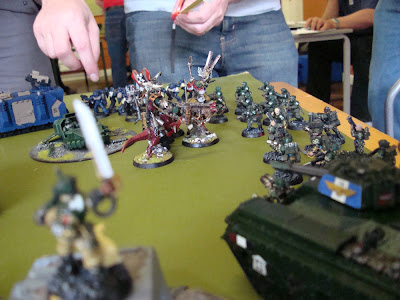 ...desperately trying not to think about the hordes barrelling in behind him and his sole surviving grenadier! 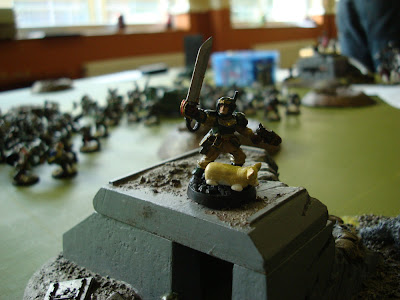 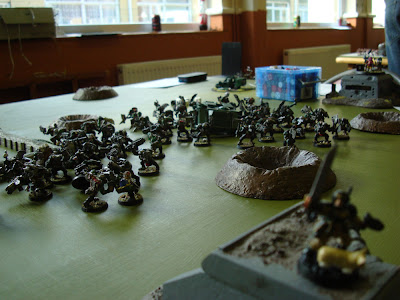 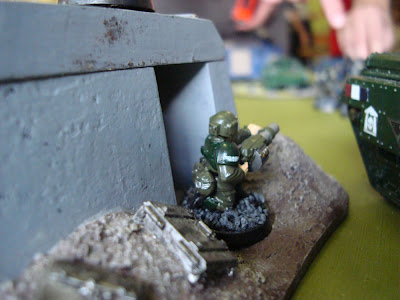 After some awesome flaming, my lovely veterans charge in to help out the marines: 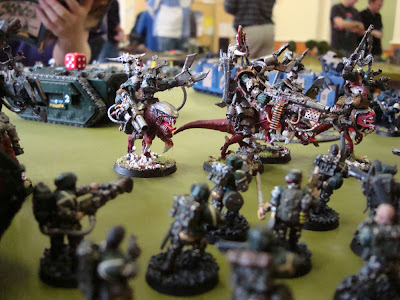 And the last nobz are cut to bloody pieces: 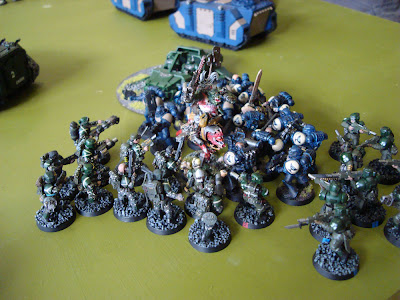 Leaving our brave boys (led by the vets) to take the fight back to the orks with fire, sword and cold, hard bayonet: 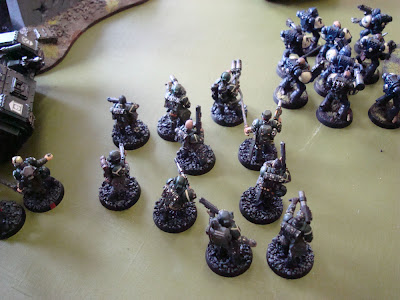 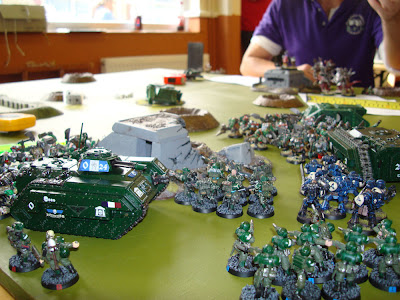 We lost on Kill Points (quelle surprise), but what joy to face-off against such a horde!
Cheers, all;
- Drax.
Posted by Admiral Drax at 02:06